Data The pandemic and surveillance 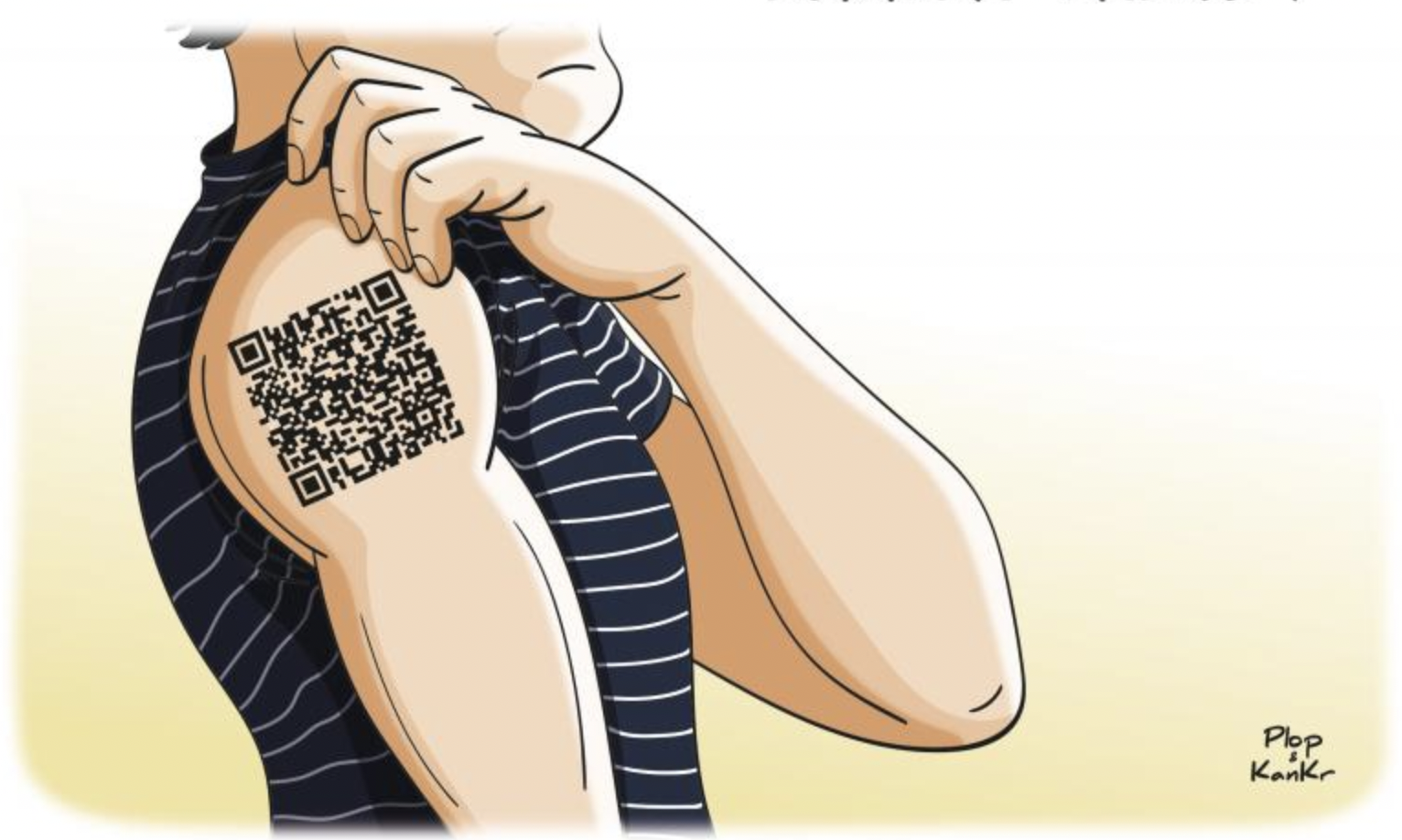 Data The pandemic and surveillance

Despite European hopes being invested in the technology, contact tracing apps have only succeeded in tracking 5% of registered cases since they were introduced in the EU. The lack of public confidence in the scheme has proven to be an insurmountable hurdle.

Contact tracing apps have failed in the EU. Since the onset of the pandemic, they have been talked of as an essential tool in preventing transmission and Member States did not hesitate to invest millions of Euros in their development. Then, their introduction was announced with great fanfare and ambitious communications campaigns were launched to promote their use. Yet only a year on, statistical analysis about their usage means that many have already been consigned to the dustbin.

What is clear is citizens did heed the advice of governments and institutions when it came to downloading the apps in the first place – in Germany, the Corona-Warn-App was downloaded 15.8m times in its first month, equivalent to 20% of the population, while 2.5m Finns downloaded the Koronavikku app two months into the app’s life, amounting to 45% of the population. It was only afterwards, when citizens realised that the apps were ineffective as well affecting storage and battery life, that they stopped being used.

When the apps were released, health authorities declared that they would need to be downloaded by 60% of the population in order for the technology to have a lasting and real impact, though Ireland was the only EU country to hit that target; at the end of November 2021, the Irish ‘Covid Tracker’ app had 3.75m downloads, equivalent to 75% of the population. Later studies did, however, demonstrate that a download rate of 20% would contribute to slowing down infections, a rate which most Member States were able to hit.

More : Are we trading our freedom and privacy in exchange for safety?

Nevertheless, positive case data alerted through these apps tells a different story – only one in twenty-five Europeans reported positive cases to track and trace apps – of an enormous lost opportunity and, in some cases, of a waste of money. In Croatia, each of the seventy-seven cases notified to the ‘Stop COVID-19’ app cost the Croatian government €1,683 on average, and this was an app that was developed for free. Furthermore, the lack of analysis and audit of the available data impedes an exact understanding of how useful these apps really were in tackling the pandemic.

In April 2020, the European Commission included among its recommendations for tackling the pandemic the development of apps to facilitate social distancing and contact tracing, to which the eHealth Network, an online network formed by Member States’ public health authorities, responded by publishing a Common Toolbox to support and harmonise the creation of these apps.

It was from this platform that European governments began launching their own boilerplate yet slightly adapted apps during the following months, though development costs – generally contracts were given to the private sector – were anything but boilerplate. Germany, whose app has cost €67.45m to date, has invested the most by far. Many countries gambled by directly adapting the German application for their own national context, as was the case in Belgium, Lithuania and Slovenia.

Also of note is the Netherlands’ CoronaMelder, in which the Dutch government invested €18.7m and spent €4.3m on an awareness campaign. To this effect, although most countries do not break down costs associated with publicity campaigns for their apps, the data available from countries that do demonstrates the lengths gone to by some governments and institutions to encourage the European public to download the apps. In fact, in France and Estonia, investment in advertising exceeded the totals spent on app development and maintenance – €4.78m compared to €2.27m and €200,000 compared to €102,000 respectively –, while figures in Spain and Finland also went into the millions.

In total, excluding publicity costs, Member States have spent a total of just under €106m on app design. These figures have come from numerous sources consulted by El Orden Mundial for this report (see methodology for more details), although it has not been possible to gain economic data for apps in Cyprus, Czechia- eRouška is no longer even functioning- and Malta. Similarly, apps in Italy and Latvia were developed for free by software companies and then handed over to the state, although it is unknown how much Rome and Riga have invested in app maintenance. This is not the case in Estonia, Denmark and Croatia, who also received help from the private sector but allocated budgets for maintenance and advertisement of their apps.

In Austria, the Uniqa Foundation contributed €2m of the €3m required to develop the Stopp Corona App, while Bulgaria, Greece, Luxembourg, Sweden, Hungary, Slovakia and Romania neither developed nor promoted a specific contact tracing app within their own countries.

Furthermore, it is important to underline that Brussels reserved €3m of the Emergency Support Instrument to help Member States to adapt their national apps to the European standard. According to information given to El Orden Mundial by the European Commission, thirteen countries ended up requesting financial help from the bloc- Austria, Croatia, Cyprus, Germany, Denmark, Estonia, Finland, Ireland, Lithuania, Malta, the Netherlands, Poland and Slovenia- requesting around €2m with the largest package totalling €150,000.

…to track around two million cases

And what was the result of all this effort? Save a few exceptions, it amounted to very little: in total, according to data gathered in this analysis, up to and including November 2021, only 1.82 million cases have been notified to contact tracing apps. This means that the apps only tracked 5% of confirmed Covid-19 cases during its active period where data for each country was available- it was not possible to access data for Cyprus, Czechia, Estonia, Malta and Portugal.

There have been a few success stories, above all in the North of the continent, Denmark has been able to alert close contacts of 26% of cases, with Finland notifying 16%, Germany 14% and the Netherlands 10%. They may seem small percentages but they were able to prevent thousands of new cases. The problem is that there is still a lack of studies that give us a real indication of the impact of this technology on the path of the pandemic.

In the UK, for example, the University of Oxford has estimated that the NHS’s Track and Trace apps prevented around 200,000 and 900,000 infections between October and December 2020 and that, for every 1% gained in users of the app, cases drop between 0.8% and 2.3%. In the EU, this kind of data is still unavailable. Governments declared ‘mission impossible’ when the apps were launched and promoted, but forgot to keep maintaining them, correcting errors and analysing their successes and failures.

More : Biometric IDs and health passports: Safety at the expense of personal freedom

Furthermore, there are very few administrations who share their data proactively and accessibly and who give daily updates on the data from their apps- Spain, France and Italy stand out in this respect-, an example of the dearth of accountability surrounding these apps.

“Even if you accept that personal data is under the control of online companies, the majority of citizens do not seem happy to share their data for the public interest”. This is the conclusion arrived at in August in a study published by the Centre for Economic Policy Research (CEPR) regarding the relatively small impact of contact tracing apps.

Despite European efforts to guarantee a decentralised and anonymous use of data, citizens have not placed faith in their governments and many see these tools as a means of surveillance and control.

One must also take into account the context within which these apps came into being; of strain, of a lack of resources- from sanitary materials to healthcare professions- and improvisation, and a time where authorities could often not dedicate full attention to one particular issue and, therefore, could not tackle it properly. In fact, the integration of apps with national health services was a common problem within the European Union, and on many occasions infected users did not even receive the code which they had to use to warn close contacts.

The end result of all of this was that downloads stalled and, as happened with vaccination campaigns, the initial rejection began to be dispelled and social pressure ended up convincing the majority of the population.

Paradoxically, just at the high point of digitalisation, when daily life moved online, the EU was unable to capitalise on this new use of technology to lessen and prevent transmission. The opportunity was there, waiting to be installed on the smartphones of its citizens.

Data concerning the costs of apps, the number of downloads and the number of positive test notifications were obtained from the web pages of applications, health ministry bulletins, direct contact with app developers and maintenance individuals or, in absence of this information, from local press.

In calculating the percentage of positive test notifications, data from Our World in Data regarding confirmed cases of Covid-19 was used, registered in the period between the launch of each app and the latest updates given on usage statistics.

Likewise, the number of downloads in relation to population size was used as an indicator of the effectiveness and usage of contact tracing apps in order to make an easy comparison. This must not be confused, however, with the number of active users, a figure that only a handful of European countries have made available and that does not take into account those who download the app but do not end up using it or those that do use it but uninstall it later on.

It is also important to point out the following peculiarities in available economic data in certain countries:

Finally, in relation to countries not included in this analysis because they did not develop their own contact tracing apps- Bulgaria, Greece, Luxembourg, Sweden, Hungary, Slovakia and Romania-, it must be said that a few did end up using one form of the apps or another, though it was not a specific contact tracing app- as was the case in Bulgaria, where its citizens were able to download the ViruSafe app, though only to indicate national hotspots for virus transmission rather than individual contacting tracing. Hungary, Romania and Slovakia had certain private initiatives that interested the state initially though failed to gain solid and continuous support, which hampered their effectiveness in the end.