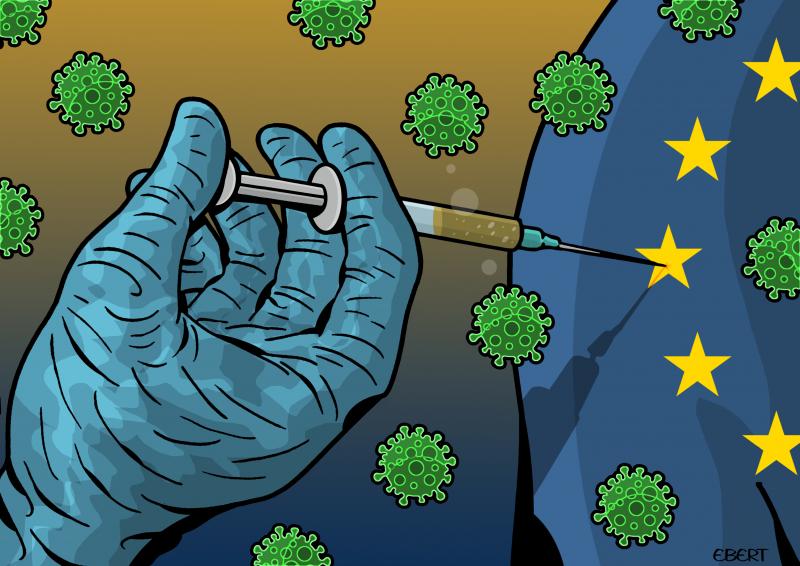 Vaccines: The EU is at the mercy of Big Pharma

While pharmaceutical giants producing and supplying Covid vaccines are open to collaboration with third parties, they refuse to share licenses and profits, to the detriment of EU citizens. Meanwhile, Member States complain about supply shortages, but fail to question the monopolistic production and supply chain.

The vaccine business remains in the hands of the pharmaceutical industry giants. During a European Council video conference on 25-26 February, the 27 heads of state and government failed to take a hard line against the monopoly of Big Pharma. Manufacturers retain control of supply, prices and revenue.

However, in addition to their own factories, pharma giants also rely on smaller, specialized companies located in several European countries. These smaller companies get a slice of the amount equating to about 30 billion euro that taxpayers in member states will pay for their vaccine supplies. Right now, every single penny stays within this restricted circle.

The announcement that Sanofi has committed to co-produce the Pfizer and Johnson & Johnson vaccines, while waiting for the completion of clinical trials and approval by the European Medicines Agency of its own vaccine (developed with GSK), is just the tip of the iceberg. Our investigation reveals a dense network of collaborations headed by the giants who have signed supply contracts with the European Commission. In addition to Sanofi/GSK, the signatories include Pfizer/Biontech, Johnson & Johnson, AstraZeneca and Moderna (both of which have vaccines already approved and marketed). The American company Novavax, French Valneva and Italian Reithera, with whom Brussels has already begun negotiations, will also be added to that list.

The two successive supply cuts by AstraZeneca (60 and 50 percent cuts in the first and second quarters of 2021, respectively), Pfizer's delays, plus Sanofi's delayed clinical trials, risk slowing both the immunization campaign and Member States’ economic recovery.

However, the text of the European Council conclusions merely urges companies to ensure predictability and meet delivery deadlines. There is no suggestion of obliging companies to share technologies and licenses so that third parties can produce and distribute vaccines themselves without waiting to be included into their private production chain.

According to news leaked on the eve of the summit, such a strategy to deal with the supply crisis had been discussed behind the scenes. The EU could, in fact, resort to art. 122 of the EU Treaty, which allows for exceptional interventions in the case of a shortage of essential goods. If invoked, the exclusivity of patents would fall, and new companies could enter the race to produce vaccines. The pharmaceutical giants would see their market share nibbled away, while the overall supply for citizens would increase.

At the European Parliament hearing that took place parallel with the Council meeting, the companies in question expressed their opposition to the systematic transfer of knowledge to third parties not within their own partnerships, considering it too costly.

For now, EU leaders seem content with the aforementioned partnerships, which are regularly monitored by the European Commission. The companies in question subcontract one or more stages of the production chain, which are essentially three: the creation, the formulation (stabilization) and the bottling of the vaccine. Currently there are about fifty agreements of this nature.

Germany hosts the greatest share of production facilities: more than 25 percent of all operating plants on the continent. Most of the German sites work for Pfizer/Biontech, which together with compatriot Curevac holds 40 percent of all European plants (taking into account both its own sites and those of subcontractors).

In second place, in terms of the number of plants located within national borders and in the cross-border supply chain respectively, are France and AstraZeneca. The latter is nothing if not cosmopolitan, operating in six countries. The Anglo-Swedish multinational and the other pharmaceutical groups can count on nine sites of their own. There are also thirty companies working on behalf of third parties, some of which work on the vaccines of several companies at once.

More than half of the subcontracted sites are located in Germany, France and Belgium, and 80 percent of the companies are German, French, Spanish, American or British (the latter are located only in the UK). The most active subcontracting unit is France's Fareva, which bottles Curevac's vaccine in three different facilities, while in another it creates the vaccine for Sanofi/GSK. With several commissions each, these are followed by their compatriots Delpharm and Recipharm, Austria's Polymun, Germany's Idt Biologika, Siegfried, Rentschler, as well as America's Baxter and Catalent.

Competing with these smaller companies, GSK also continues to forge further alliances, as evidenced by their joint venture with Curevac to produce the German company's new variant vaccine in its UK facility.

This investigation is part of “Who is cashing in on the Covid-19 pandemic”, with the support of the Investigative Journalism for the EU initiative. 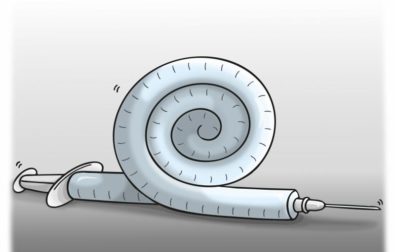 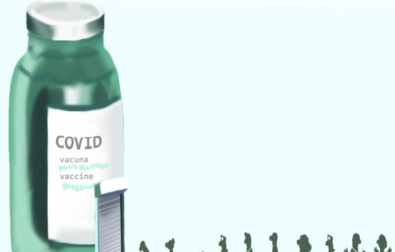 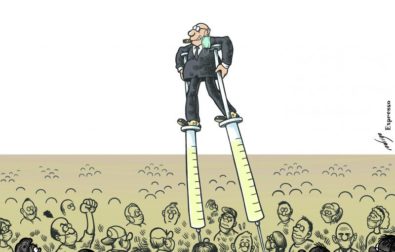