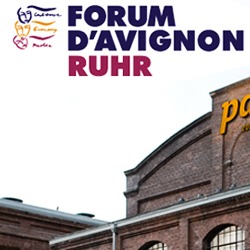 Culture is the key

How can culture help resolve social, political and economic problems? This was the question posed by the Forum d'Avignon Ruhr which was held on 27, 28 and 29 June in Essen.

For many decades, culture had hardly any role to play in the Ruhr. However, over the last 20 years, the region which used to be mainly known for its coal mines, steelworks and car factories, has given pride of place to creativity. And it is a policy that has met with success. Few regions can boast of so many museums, theatres and opera companies as today’s Ruhr. The drive to promote the arts has notably been boosted by the city of Essen, which became a standard bearer for the region when it became European Capital of Culture in 2010.

The year of 2010 will also be remembered as date when the city of Essen first contacted the Forum d'Avignon. In 2013, the organisation, based in the southern French city, brought together 250 representatives from the worlds of business, culture, European and regional politics for the Forum d'Avignon Ruhr which was held in the Zollverein Coal Mine Industrial Complex in Essen — a venue which was has been listed as a UNESCO world heritage site since 2001.

Forum participants were invited to discuss how culture can have an impact on the economy, urban planning, energy transition and multi-culturalism As the North Rhine Westphalian Minister for Economy and Industry, Garrelt Duin, explains, "designers are not just people who embellish surfaces, but fully fledged organisers who develop complex social systems."

The European Commission is also aware of the potential for development offered by culture: the Europe 2020 strategy aims not only to reinforce creativity but also to promote partnerships between the arts and other sectors. Culture, which was cruelly neglected during the crisis, has thus officially been granted a leading role.

The Forum d'Avignon-Ruhr also raised the delicate question of the definition of “culture” — a term that covers a broad range of meanings extending from high culture, fine art, science and philosophy to popular culture — which for the purposes of the event was deliberately left open.

"It is difficult to conduct this kind of debate with precision,” explains Dieter Gorny, the director of the European Center for Creative Economy which organised the forum, “but if we restricted ourselves to a narrow definition of culture, it would end up going round in circles.”

Discussions reflected on ways in which a cultural mentality can be transmitted to other fields. "Artists create disruption, which can help to call into question the manner in which people think. The particular quality of art is its potential to cause problems for structures and in turn leads the demand for something new," adds Gorny.

The Swedish agency Tillt offers an excellent example of how this quality can be utilised. In its bid to enhance the world of work with art and culture, Tillt brings artists into contact with companies seeking solutions to various problems. In one particular initiative, it arranged for an orchestra conductor to show the director of a major energy group how he organised individuals to play together.

Another concrete example, which is fondly remembered by the residents of Essen, was the Wände Südost project, which brought together artists, social workers, doctors and cultural managers from Germany and 11 countries from around the world. Together, they transformed the sound barrier on the A40 motorway, which crosses the southeastern quarter of Essen, into a 3.5km long fresco. The barrier, which is usually perceived as a menacing presence – a major problem for the city – stopped being a spectre for the local population. This is what Florian van Rheinberg, project manager for the Essen cultural unit, Storp 9, terms "positive disruption of public space."

Projects of this type are obviously not new — not when you consider that the East Side Gallery in Berlin — but in the light of their potential to obtain recognition and for funding culture, which is particularly lacking in the current context of economic crisis, they should nonetheless be the subject of renewed interest from cultural and political decision makers.