Cartoon The new year ahead 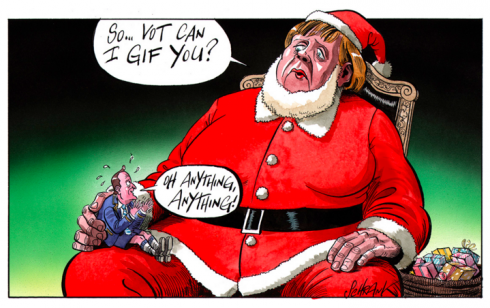 Cartoon The new year ahead

In his New Year message, British Prime minister David Cameron said that "there will be an in-out referendum by the end of 2017" and that he is "negotiating hard to fix the things that most annoy British people about our relationship with the EU." But talks with the other EU members will be tough, as some British demands are in conflict with the EU treaties, making it hard for Cameron to convince his fellow citizens.

Meanwhile, in her New Year message German chancellor Angela Merkel explained that "one thing more than any other will be important for Germany in 2016: 'our solidarity'" towards the hundreds of thousands of refugees who arrived in Germany in 2015. She also praised the welcoming attitude of her fellow citizens.