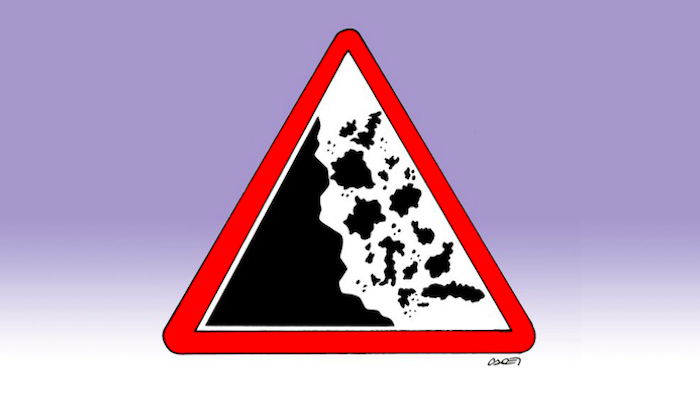 Don’t mess with the European Union

The current climate is particularly anxiety-provoking and we think that we, as citizens, have to speak up. This text has been approved by the school administration, the parents' council, the student body and staff.

“No, to the EU!” they shout. All right, then what? Nationalism? Exclusion and isolationism? Shall we generate hate and close the borders?

Anti-European movements seem to be enjoying a fair wind, not only in Great Britain but also here on our side of the Channel. This demonstrates how Euroskepticism has become a threat to the fundamental values of the common European life. How is it that 60 years after the creation of the European Economic Community, Europeans are so skeptical about one of their biggest achievements this century?

It is predictable that of 510 million of citizens, some will question the European Union (EU). There is also little doubt that the EU is, as it is today, imperfect and complex.
Indeed, it strengthens the influence of lobbyists and lets down the ordinary citizens. Although the EU considers itself a unity, it is unable to introduce a united policy. In the absence of such policy, it is impossible to overcome the growing economical and social inequalities between the citizens of the Member States.

It is unnecessary to remind the people where a separated and hostile Europe could lead. Or is it? The first half of the last century should serve as a warning.

The European Economic Community, founded 60 years ago, was meant to maintain and guarantee peace. More than ever nowadays, in an unsafe world where hundreds of thousands are fleeing the horrors of war, we should embrace and take care of this precious gift of peace. It would be reckless to put all of it on the line.

Beyond this, the EU also protects democracy: the freedom of press, freedom of speech and a free choice of religion being just a fraction of the inviolable rights Europeans enjoy. Isn‘t it an immense joy to live in a country where the Constitution epitomises the principles of freedom and self-determination?

All Member States of the EU have to ensure democratic guidelines, and countries aiming to join the EU cannot hinder reform processes. This contributes to the broadening of democratic values.

Two essential aspects of the European Union are the free movement of persons and a single currency. Admittedly, they are not perfectly elaborated; the euro being the most commonly criticised aspect. However, in the Euro Zone, currency exchange disappeared along with the attached fees. We can cross the borders of all EU countries without passport control or visa requirements. The Schengen Agreement, which assured a free movement concept within the internal borders, not only contributes to the economical dynamism but also to an inter-cultural exchange and thus to peace and understanding between different cultures.

Therefore, we can only shake our heads when we hear that others plan on building walls. Europe is familiar with such division. We must not let it come to that point anymore. To question the free movement of persons, on anyone’s behalf, would be a major setback for this free and diverse community.

The EU is not perfect but it assures peace and safety in Europe. To criticise it, is legitimate. To destroy it, is not.
We cannot deny that reforms and innovations are needed to make the EU fit for the future. However, these reforms can only be completed through unity and cohesion and not through antipathy and inner conflict.

A strengthening of the European Union is very overdue.
Isn't it a privilege to be able to call our neighbours our friends? To move freely without passport control? Not to have to exchange currency? And moreover: to live in peace?
For us Europeans, these privileges have become self-evident, just like so many other things in the EU. And yet so many are beginning to question it all.

Dear fellow European citizens,
We are pro-European and we are voicing it loudly!
We are proud to be part of a union of 510 million citizens from different and varied cultures.
We want bridges and not walls. Our European Union has to stay strong with freedom, peace and security.
We strive for a democratic, transparent and righteous European Union.
We need unifying projects.