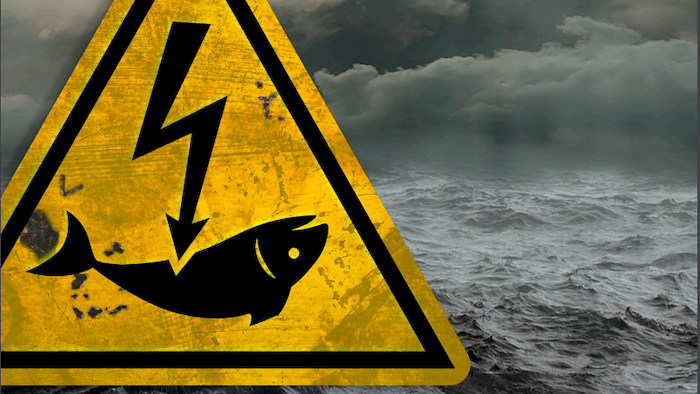 Bloom, an NGO fighting for the preservation of the oceans and their resources, argue in this op-ed that the influence of lobbies on the decisions of European institutions, made glaringly clear in the case of electric pulse fishing, only serves to stoke citizens' mistrust towards the European Union.

While the populists mount their assault on Europe, European institutions flout the public interest and disregard democratic processes for the profit of a few industrialists. The scandals – endocrine disruptors, glyphosate, diesel, electric pulse fishing, etc. – pile up, and feed, as a result, citizens’ mistrust of the European Union.

As for electric fishing, like everyone else we thought it was nothing more than a scientific research project, closely monitored and controlled. That is, until the European Commission proposed to lift the ban on this destructive fishing method in 2016. Little did we know the extent of the scandal and its explosive character, barely two years before the European elections.

Thanks to unprecedented, extensive research, we discovered to our astonishment that the European Commission had decided to grant a first round of 22 licenses in 2006, against the advice of its own scientists. In 2010, twenty supplementary licences were granted for the supposed purpose of “scientific research”. Then, in 2014, 42 additional licences were allocated for “pilot projects”. These sixty-two supplementary exemptions, granted with the benediction of the European Commission, are in clear breach of the European regulatory framework. In total, there are presently eighty-four Dutch trawlers engaged in electric pulse fishing.

While the European Commission has no shame in claiming publicly that electric fishing is the most studied fishing method in the world, the International Council For The Exploration Of The Sea (ICES) sounded the alarm back in 2015, when it confirmed that development of the technique was purely commercial. Under pressure from BLOOM, its partners, and an all too sparse number of Dutch journalists who have followed the case, the Dutch minister for fisheries Carola Schouten has herself admitted that the research was nothing but a smokescreen. The industrialists, for their part, don’t bother to hide anything: in a white paper they even acknowledge having moved ahead of the regulatory framework in order to develop electric fishing beyond what is authorised.

This unjustifiable and illegal development of a banned fishing method has – surprise! – been facilitated by public finances, the existence of which has long been concealed by the Dutch government: more than 21 million euro have in fact been allocated to electric fishing since 2007. These are finances which contravene yet again European regulations and international targets.

These discoveries have prompted two complaints made by BLOOM against the Netherlands to the European Commission, as well as a demand that the European Anti-Fraud Office (OLAF) open an inquiry into the improper use of public funds. With no response from the aforementioned bodies, despite the need for clarity, BLOOM has appealed to European Ombudsman Emily O’Reilly, asking that she reach a decision on the European Commission’s catastrophic management of the case.

In light of the scandal revealed by our campaign, the European Parliament decided in January 2018 to put a stop to the Commission’s negligence by demanding a total and definitive ban of electric pulse fishing in Europe. Nevertheless, European negotiations continue to dawdle, and the outcome remains uncertain at best: the Netherlands persists in trying to power through, and has even nominated an ambassador for electric fishing.

Apart from the complicit, guilty silence of states unconcerned due to geographic distance (Spain and Italy, for example), how can such a small country yield such influence in the management of a common European good? Why doesn’t France put its diplomatic power to use, instead of limiting itself to superficial declarations designed to keep the peace?

Is it be because the two largest delegations of the Alliance of Liberals and Democrats for Europe (ALDE) — the group with which Macron’s République en Marche is aligned — happen to be French and Dutch? Or is it rather that the largest European industrial fishing fleets are falling one by one into the nets of Dutch businesses?

Here, then, is the true face of Europe: a Commission that has become a veritable feeder for lobbies and is completely impervious to repeated scandals; opaque negotiations between institutions undoing votes held by the Parliament; member states prepared to sacrifice their own artisan fishermen — 80% of European fishing units — on the altar of profit for a handful of foreign industrialists.

This policy, as cynical as possible, will have to face the pacifist, cooperative project for which Europe originally stood. This unacceptable policy is a breeding ground for extremes and deserves nothing but its own disappearance. We European citizens deserve better: we must vote with our conscience to obtain the kind of radical, systematic change that can halt this rampant moral corruption.