Opinion 25 years from the Srebrenica genocide 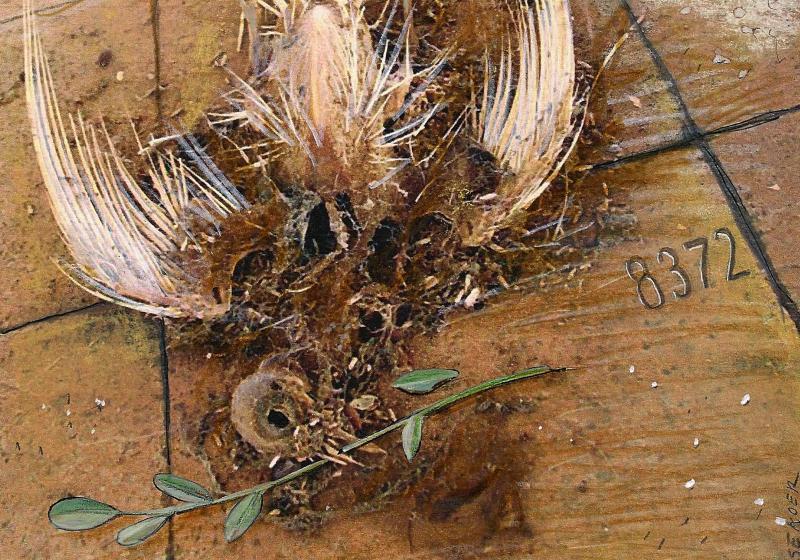 Opinion 25 years from the Srebrenica genocide

Europe should never lose sight of the responsibility to protect

On 11 July 1995, more than 8300 Bosniak men and boys from the small town of Srebrenica, in today’s Republika Srpska, were slaughtered by the Bosnian Serb troops of Ratko Mladić. A quarter century after, Europe must give life and effect to the responsibility to protect, a part of its mission in the world that must never be abandoned, says Roger Casale.

Srebrenica is a small town in Europe, located in the easternmost part of Republika Srpksa in Bosnia Herzegovina near the border with Serbia. As the crow flies, it lies just about half way between Bologna and Bucharest.

On 11 July 1995, at least 8,372 Bosniak men and boys were systematically killed there by the Bosnian Serb army under the command of Ratko Mladić, on the direction of Radovan Karadžić, in what was at that time a UN ‘safe haven’. It was the first act of genocide on European soil since the Holocaust.

Mladić and Karadžić (who received part of his medical training as a psychiatrist at Columbia University in New York) are serving life sentences following their convictions by the International Criminal Tribunal for the Former Yugoslavia.

Today, as we mark the 25th anniversary of the Srebrenica genocide, what do we see?

Serbia is applying to join the European Union. Bosnia-Herzegovina is an independent state, still under partial international oversight, composed of the Bosnian-Croat Federation and the Bosnian Serb Republic.

Despite the Dayton Peace Accords, the two entities have not grown closer together. Bosnian Serb leaders often refer to Bosnia-Herzegovinia as a failed state and raise the possibility of secession.

Srebrenica, according to Andreas Trenker, who visited the city in 2018, “looks and feels like a ghost town”. A former spa town, the city’s economy and tourism has never recovered. Only 5,000 of the former 36,000 inhabitants live in the city today.

For my generation, shaped by the sight of the fall of the Berlin Wall in 1989, the West’s failure to act in Bosnia left a powerful legacy even though we were powerless to do anything about it at the time. It drove some of us, including me, into the frontline of politics.

I was selected as a candidate in 1996 an entered the House of Commons as the Labour MP for Wimbledon in 1997. When I arrived, like many of my parliamentary colleagues elected at that time, I took a much more interventionist stance to world politics, starting with our support for the NATO air strikes in Kosovo.

Three years after Srebrenica, Europe was at war in a conflict which pitted the Kosovo Liberation Army (KLA) against the Serbian regime of Slobodan Milošević (1945-2006). NATO intervened – without the backing of a UN Security Council Resolution – to protect their safety of the 1.8 million Kosovan Albanians who Milošević had vowed to drive from their homes.

That was a defining moment in post war international relations. For the first time, NATO intervened not in response to a threat against a member state but to avert a humanitarian emergency – out of a duty to protect. Subsequently, military interventions were sanctioned to protect the no fly zones in Northern Iraq and in Sierra Leone.

With the Iraq war, much of the moral authority of using force to protect human rights was dissipated. France and the UK intervened to prevent the annihilation of hundreds of thousands of civilians in Benghazi in Libya in 2011. But as in Iraq, regime change followed with all the unintended consequences that have made western government recoil from such interventions ever since.

Even in the face of chemical weapons use by the Syrian regime, or systematic human rights violations in Yemen, the West has failed to act. Where is there now a Western Government which will rise to stay the hand of the executioner, or stem the slaughter innocents? In Myanmar we witness the morbid paradox of a Nobel laureate accused of complicity in the alleged  genocide of the Rohingya people.

More : Srebrenica, in the headlines once a year

Closer to home, just a few hundred kilometres from Srebrenica, Kosovo President Hashim Thaci and nine other former separatist fighters have just been indicted on on a range of crimes against humanity during and after Kosovo's 1998-99 independence war with Serbia.

Although President Thaci is no longer considered part of the talks on account of the charges, the EU-facilitated Kosovo-Serbia dialogue is about to restart. A virtual summit hosted by France and Germany and a meeting between Kosovo Prime Minister Avdullah Hoti and Serbian President Alexandar Vucic in Brussels scheduled for 10 July, the day before the Srebrenica anniversary.

Outside Europe, the big power brokers of world politics seem disinterested in the rule of international law. The “responsibility to protect” was  finally adopted by the UN in 2005 in the wake of the genocides in Bosnia and Rwanda. Will it be of any consequence to leaders such as Xi Jinping, Donald Trump or Vladimir Putin?

As Europeans, who value respect for the rule of law and human rights, we should nevertheless take courage from the progress that has been made.  Since the Srebrenica genocide, there has been a growth both in the range of international criminal courts and in the war crimes cases.  Much of this has been driven by lawyers and institutions from the EU and EU member states.

Twenty-five years on, the witness we bear today to the Srebrenica genocide must make us continue to fight for all who commit war crimes and crimes against humanity to be brought to justice – whoever, and wherever they may be.

We must also work continuously to restore respect for international law and to give life and effect to the responsibility to protect. It is a part of Europe’s mission in the world that must never be abandoned. If not us, then who? If not now, then when?

In search of Selma

Selma Musić disappeared in 1995 during the capture of Srebrenica. She was 7. In 2019, her parents discovered in a photo that she had arrived safely on the territory of the Federation. Nicole Corritore, from OBCTranseuropa, has investigated on her case.

On 11 July, 1995 the Bosnian Serb troops of Ratko Mladić entered Srebrenica, a town declared "protected area" by the UN Security Council in 1993 and placed under the protection of the Blue Helmets, where thousands of Bosnian Muslim refugees had fled from the villages in the area. In a few days more than 8,000 people – all Bosnjaks (Bosnian-Muslim) – were deported, killed, and hidden in mass graves. Hundreds of civilians – including children, women, and the elderly – were displaced with violence, others tried to flee in what was for many a death march.

Selma Musić was seven years and ten months old. On July 12 her mother, Alija, was in Potočari, a few kilometres from Srebrenica, in front of the base of the Blue Helmets, looking for safety together with hundreds of other civilians and Selma's siblings: Alen, 5; Elvira, 2; and six-months-old Sadik. In the terrified crowd, pushed around by the soldiers, Alija lost sight of Selma.

Selma's family has kept searching to this day, to no avail. In Bosnia she was included in the list of missing persons and over the years she was believed dead, her body hidden in a mass grave. But in 2019 something happened. […] Continue reading on OBCTranseuropa.