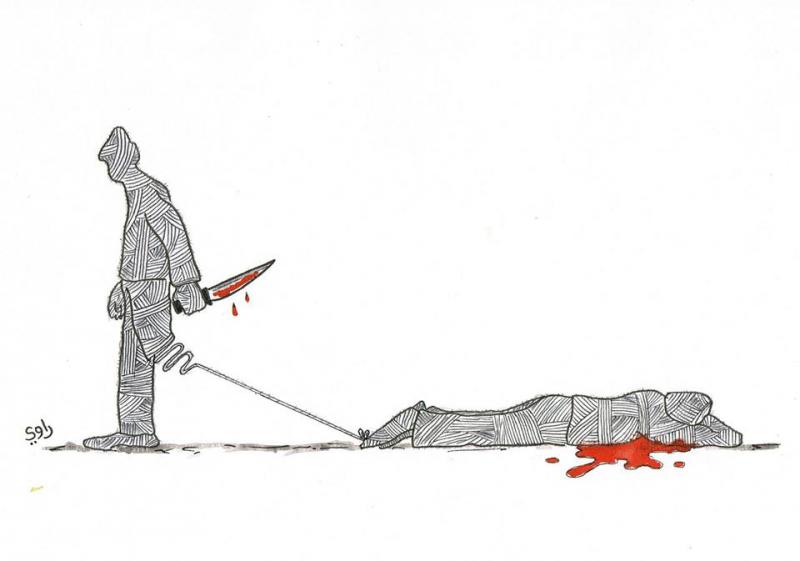 Over the last ten years, there were significantly fewer homicides in the EU. Suicide rates have also dropped. While the situation in certain northern countries is less rosy, there were considerably fewer violent deaths per 100,000 people in the South.

Between 2009 and 2017, the number of homicides continuously dropped across the whole European Union (EU). Since the latest data set is from 2018, Britain is still listed as an EU member state — were this not the case, the overall picture would be even better.

Overall, homicides decreased significantly across the EU, with 6,100 registered cases in 2009 and “only” 4,747 in 2018. The data series for this period has been added to the chart below.

There aren't many big surprises in these statistics. More homicides are committed in larger countries than in countries like Luxembourg or Malta, where there’s one murder every 2-4 months. However, the greatest number of homicides does not occur in the most populated member state. There are more than 83 million people living in Germany, where 632 homicides occurred in 2018, compared to 779 homicides in France with 67 million inhabitants. To make these figures easier to comprehend, a homicide rate per 100,000 people is used. This reflects a more realistic picture of how often homicides occur, and makes it clear that the largest member states are not the most dangerous.

As you can see, the Baltic states top the ranking, followed by a fourth northern country, Finland. The top countries have changed over the last ten years, as a result of an impressive reduction in homicide numbers in Lithuania (compared to earlier numbers). The declining rate at the EU level is also reflected by the 28 member state average: 1.78 homicides per 100,000 inhabitants in 2009 and 1.23 in 2018. In ten member states the indicator is the same or higher, while in others it is lower. Among the latter is Hungary, which ranks 17th between Ireland and Austria with a score of 0.85. The EU country with the lowest number of homicides per capita is — almost traditionally, at this stage — Slovenia.

The statement also highlighted that Eurostat had introduced a new data format after 2016. The operating principle here is that the criminal data is gathered by member states on the basis of their individual national legislation and then integrated into a standardised system to make the figures comparable with one another. According to OKRI, “the new system created crime categories and the member states are responsible for categorising the crimes. As criminal codes differ from one member state to another, individual offences may not always fit the category fully.”

When covering such data, we need to mention the contradiction between the official Hungarian data and the EU data, which is also provided by the Hungarian authorities. A serious debate erupted over this issue in 2019, when the Eurostat 2015-16 data painted a significantly worse picture of Hungary than what the official Hungarian data showed. At the time, the National Institute of Criminology (OKRI) issued a statement explaining, among other things, that “Eurostat included attempted homicides for 2015 and 2016, whereas only intentional homicides were included in previous years. A relevant result for the annual difference in intentional homicides can only be obtained if we consider intentional homicide numbers in 2015–2016 — 99 in 2015 and 101 in 2016 — meaning the homicide rate in these years was also around 1.”

A question of climate?

Now let’s take a look at the suicide rates in the EU. There is a long-standing and widespread belief in Hungary that we rank near the top when it comes to suicide rates in the EU. Thankfully, this is far from the truth. Still, Hungary does rank higher in suicide numbers than in homicide’s ones — in the middle, rather than the lower middle. With 13 of the 28 countries having a higher number of suicides per 100,000 inhabitants, Hungary (5.48) is in fact just a hair’s breadth from the EU average (5.5).

To illustrate potential trends, we compared the 2011 and 2017 Eurostat data (in the case of Luxembourg and Cyprus, 2012 is used instead of 2011, and in the case of France, 2016 is used instead of 2017). The pan-European trends are similar to those observed in homicides, with 0.7 fewer cases per 100,000 inhabitants. The firm leader is again a Baltic state, Lithuania. However, the supremacy of the northern states is no longer so clear, with the suicide rate also relatively high in the Czech Republic and Malta. Still, it’s clear that a higher proportion of people in Northern Europe decide to end their own lives than in sunnier countries: Mediterranean countries occupy the last five places.