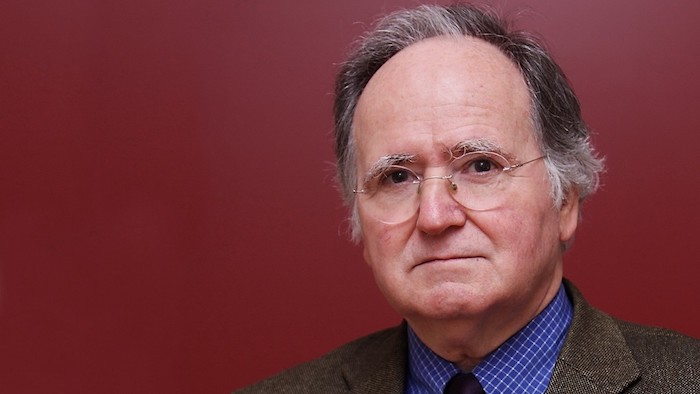 Europeans of all nations unite!

The EU and Europe as a whole would be well advised to become aware of the fact that the very concept of political and cultural sovereignty originates from the city, its citizens and their citizenship, says Architect and co-founder of “A Soul for Europe”.

“We, the Leaders of 27 Member States and of EU institutions …” I get mixed feelings when reading the opening phrase of The Rome Declaration of 25 March 2017, the 60th anniversary of the Rome treaties. Who would not immediately recall “We the people …” that in 1787 proudly opened the constitution of the emerging United States of America? Will hundreds of millions of devoted Europeans have to wait for the EU’s 100th anniversary before issuing a text beginning “We, the people of the European Union …“ ?
“We are not forming coalitions of states, we are uniting men”, Jean Monnet said in 1952. Hasn’t this become just a pious lie? The second paragraph of the Rome Declaration reads “…, hundreds of millions of people across Europe benefit from living in an enlarged Union that has overcome the old divides” — and is busily introducing new ones, one might add. Rather than the future-oriented aims of uniting men or forming coalitions of states, more and more European politicians, political parties and whole governments are feeding on worn-out concepts of the past such as „national independence”, “national identity, “patriotism”, “national sovereignty”, “national security”, or “national control”. Over centuries those very concepts were leading Europe’s nations nowhere but into the disasters that finally made unification a matter of survival. Recently, though, one of those governments banned the blue EU flag from public buildings while at the same time relying on billions of EU subsidies duly provided for by the citizens of their fellow member states. The severely dis-United Kingdom inadvertently embarked on a slow-motion suicide attack on their favourite scapegoat called “Brussels”. They even take it for real democracy.
In short, if the EU is in need of a thorough renewal, this presupposes an in-depth reform of the nation states that through the European Council and the Council of Ministers are shaping the destiny of the Union. It is about time to hold the Member States themselves fully accountable for their share of Europe’s youth unemployment, its deficit and debt crises, its threatening migration problems, and for making their cultural potential a driving force.
There is also an immense if hitherto unexploited human resource for the transnational alliance of all those committed to a common European future who for example due to the effects of majority vote systems, have been excluded from political impact on the national and regional level or excluded themselves because of their own abstention from national and European elections. Such as millions of outraged British remainers or their likes in Poland or Hungary. There are, however, an increasing number of cities, including Warsaw, where Sundays people of all generations are gathering by the thousands, waving their blue flags and speaking up for a more decisive unification agenda; There is also an ever tighter fabric of initiatives expanding in civil societies all over the continent devoted to the making of Europe, such as A Soul for Europe and so many others.
The European Commission and the EP, that is, should transform their “Europe for Citizens” programmes aiming at a “better understanding of the EU” into a “Europe of Citizens” paradigm aiming at a better understanding of the citizens’ already existing European agenda and its potential impact on national policies of the respective member states. Mainly the European spirit of young people, the warrantors of Europe’s future, is the most efficient vaccine against the wide-spread re-nationalization virus afflicting so many countries. Member state by member state those civic forces can be harnessed for a transnational alliance of the willing. Not in order to establish another organization of organizations like the venerable European Movement but as a real part of the policy making process on all levels. Experienced politicians are called upon to construct the appropriate mechanisms.

People are called citizens since they have lived in cities. The citoyen belongs to his city, he/she owns it and identifies with it. Only recently, after the construct of “nation” took over, the term nationality overlapped that of citizenship. Today, the EU and Europe as a whole would be well advised to become aware of the fact that the very concept of political and cultural sovereignty originates from the city, its citizens and their citizenship. The European city and city alliances are much older political units than the rather recent idea of a nation state, let alone any nation state existing today. They always have been the future labs of Europe; they always have been cosmopolitan arrival places transforming migrants and strangers into Europeans, absorbing and integrating foreign legacies. Where else in Europe should it be achieved if not in and by the cities? This is why the European Urban Agenda is long overdue. Its aims, however, cannot be achieved on this one-way track. It cannot be done unless the cities themselves start acting as European players. In the end, the complementary European Agenda of Cities channeling their citizens’ European aspirations and competences will make the difference.
The German sociologist Ulrich Beck put it this way:

We have to think anew how to define the European sovereign. I suggest not to think only about the United States of Europe but about the United Cities of Europe alike. … In view of the global problems the nation states are failing whereas the cities could become the stakeholders of the citizens’ hopes of a cosmopolitan Europe. … It’s here that the better democracy takes place. … Big cities are also political future labs.

So, where will the renewal originate from? From cities. From us, the people of the European Union. The sovereign.

A Soul for Europe 2017 Conference in Berlin

Building Europe from the cities

Citizens living in the cities and regions across the continent are the real owners of Europe and their responsibility must be strengthened. The “A Soul for Europe” Conference 2017, that will take place in Berlin on 10-11 November, brings together representatives from the field of civil society, culture and politics to discuss their respective responsibilities for the European project – starting in the cities and with the means of culture. VoxEurop is a media partner.