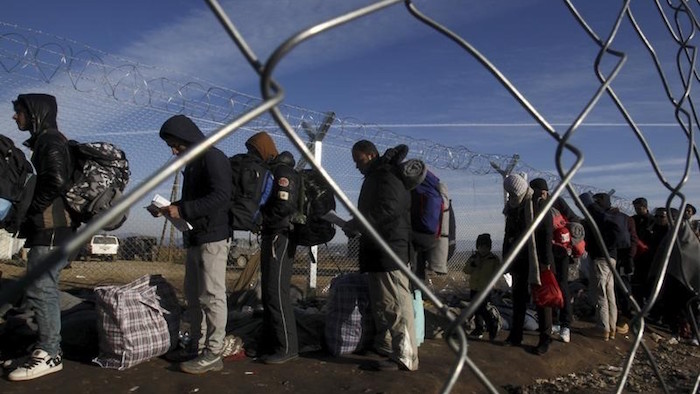 While EU governments are split on how to tackle an unprecedented refugee influx, a survey undertaken all around Europe shows citizens want a fairer distribution of asylum seekers among countries and a common European response.

Reuters/Alexandros Avramidis |  Refugees line up at the border between Greece and Macedonia near Idomeni (Greece), in December 2015.

“European governments are split when it comes to the migrant crisis. Some want to accept asylum seekers; others are refusing to take them point-blank. European citizens see this issue very differently. They want a fair distribution and above all demand a common response to this new challenge and they strongly reject the idea of individual countries acting unilaterally”, says the Bertelsmann foundation as it has released a vast survey on the issue among all EU 28 countries. According to the survey –

At the same time, the survey shows a gap between the old and the new member states:

Not all Europeans are enthusiastic, though, when it comes to the issue of the unprecedented refugee influx and its possible consequences:

50 percent state that they sometimes feel like foreigners in their own country and 58 percent are afraid of negative consequences for social welfare systems. 54 percent of EU citizens think that the criteria for asylum seekers should not be interpreted too generously.

As more Schengen area countries are shutting their borders to asylum seekers and reinstating border controls, Europeans fear one of the EU’s major achievements is at stake:

The survey suggests that people do not wish freedom of movement in the Schengen area to become a casualty of the current crisis: 79 percent of Europeans want to be able to continue to enjoy their freedom to travel and consider Schengen as the European Union’s second most important achievement, just behind the internal market.