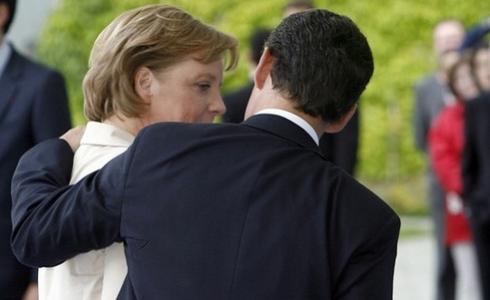 Borne of failure and fear, the EU moves toward political union not in strength, but in weakness. The latest proposed treaty for a “fiscal compact” continues this inglorious tradition, says Jason Walsh

And so, 25 European countries will now, we are told, sign a pact, the objective of which is to reinforce the euro by toughening and regularising budget rules. Sold as a step forward, this move in fact underscores just how politically incoherent Europe has become.

At once high-minded and a product of failure, the European Union had its genesis in the maelstrom of the Second World War. Devised as a means of politically and economically aligning the power blocs of France and Germany in the — quite correct — belief that they would never again go to war with one-another, plunging the rest of the continent into hell with them, if they shared a common interest.

European Coal and Steel Community founding father Jean Monnet was remarkably clear about his designs for Europe: political union. Those who followed, however, have been less open.

In fact, the seeds of European Union disregard for the masses we see being played out today are a direct result of the EU’s gradualist approach. Instead of taking the bull by the horns and straightforwardly arguing for political union, successive generations of EU leaders have balked at the, admittedly Sisyphean, task of uniting European nations and instead trod a piecemeal path, fiddling here, meddling there and all the while refusing to admit that the ultimate logic of going beyond a mere trade bloc is political union.

And so, Europe lurches forward, if you can call it that, not as a united social entity or political demos, but driven by the fear and failure of the various national political elites. The latest proposed treaty, or “fiscal compact” if you prefer, ties 25 supposedly sovereign EU nations together under German-led anti-growth economic policy in the name of safeguarding the future of euro and with it, in the darkest and most apocalyptic visions, that of the entire EU.

To some small degree it has already succeeded: markets have rallied in response to the announcement. But in the longer term this plan will not work.

German-inspired “fiscal discipline” is not the only way to run an economy, nor is it the necessarily the right way to run one. For instance, Greece’s spending cuts have worsened the country’s debt crisis, not alleviated it.

There is, and has been, much that is good in European co-operation, even integration, but this madness must stop. Greece is being immiserated, crushed underfoot by Franco-German diktat that cares only about the country’s (entirely imaginary) ability to repay its debts. And so, more money will be thrown at Greece, though it will slide through the country without so much as touching the ground, making its way to Greece’s creditors while unemployment and poverty will continue to grow.

Ireland, Italy, Portugal and Spain are all also getting a raw deal, though none quite as egregious as that foisted in Greece, and now the rest of the EU, with the exception of the United Kingdom and Czech Republic, have signed this mutual suicide pact that will do nothing but depress consumer demand and, with it, the wider economy.

No country being forced to implement swingeing cuts will ever be able to emulate Germany’s enviable export-driven economy even if they desired to do so — and, in truth, few seem so inclined anyway. Germany too will suffer, with the European market for its goods going into decline. Next to the absence of workable industrial policy and the ability to make strategic investment in industry, talk of stimulating the small and medium enterprise and tackling youth unemployment melts into so much blather. What we will get is a longterm slump.

When the warnings start about the growth of far-right and populist movements, and they will surely come soon, the European elites will cast around looking for scapegoats before finding one in the supposedly backward, nationalist and selfish European publics. But they will have no-one to blame but themselves.