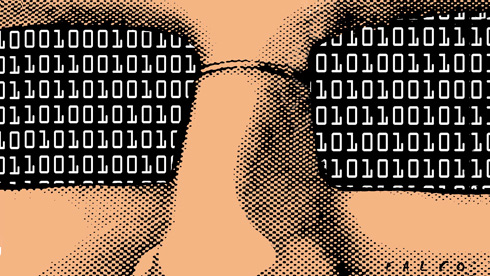 Beyond the outrage, the American spying scandal should serve as a wake-up call to the Europeans. Just like the first Soviet satellite pushed the Americans to go into space, these revelations should motivate the Europeans to catch up in information technology.

Edward Snowden has already received the “whistleblower” award. Actually, though, the German Ministry of the Economy should be presenting a fellowship from the German IT industry to the NSA defector. In recent years, not one manager, scientist or politician has given such an impetus to German and European suppliers in the telecommunications and information industry as Snowden has with his revelations about the American and British secret services.

But the joy in Berlin political circles been restrained, for a variety of reasons. While the NSA scandal has unexpectedly boosted sky-high the demand for German encryption software, German politics has suffered a shock: with his revelations, Edward Snowden has delivered decisive proof that Europe cannot effectively protect its citizens’ data, and that it does not have a competitive IT industry either. Hardware, software, lines and Internet deals come mainly from companies from the United States – or from China. The infrastructure of the Internet is also dominated by the United States, where the majority of the most significant servers are located. Germany and the EU are, at best, digital colonies.

What has been so far often overlooked: apart from the pulp-fiction espionage drama, whose main protagonist he is, Edward Snowden has rekindled transatlantic competition for market share in the IT industry. The NSA scandal offers Europe probably its last chance to close the gap with the Americans, who have opened up a terrific lead. In this respect [[the situation resembles the Sputnik scare in the United States in 1957]], when the Russians succeeded in being the first nation to fire a satellite into orbit. The Americans were shocked, but then they put everything they had into becoming number one in the space race, and eventually they set the first man down on the moon.

Captives of American IT companies

Today’s situation is similar: Europe must do everything it can to avoid becoming permanently left behind in a race for strategic technologies. “We’re captives of the American IT companies, and it takes this kind of scandal to wake up to the fact”, says Octave Klaba, head of the French group OVH, which offers cloud servers where private individuals and businesses can store their data online.

There has been no lack of warnings till now. In 2011, the French government was sounding the alarm that a European opposition was needed because of the strategic importance of the IT sector. France is now promoting the construction of a French server industry with €200m in backing. Admittedly, that’s small change next to the multi-billion dollar investments by Internet giants like Microsoft, Amazon and Google. But, thanks to Snowden, the European Commissioner Neelie Kroes is also feeling a favourable wind for her plans to promote the European IT industry and to build up a European infrastructure with taxpayer funds. To pursue this ambition, the Commission is considering redirecting billions from the EU structural funds.

The decisive role in the chase would have to be played by Germany, which so far has been mostly the brakeman, industrial policy initiatives emerging from Paris traditionally being greeted with scepticism in Berlin. A change in Germany’s stance, all the same, is emerging. Already, at the opening of the Hanover fair in April, German Chancellor Angela Merkel stressed that Europe, and Germany in particular, would recapture a leading role globally with its “Industry 4.0", or the merger of production and the IT world. The shockwaves from the Merkel phone-tapping and NSA debate are now giving an emotional boost which might put some backbone into the political decisions that are needed.

[[In the United States itself, the debate about the economic fallout from Snowden’s revelations is raging]]. A study from independent Washington think tank Itif shows that the dominance of the US colossus is being endangered by the expansion of global cloud capabilities. Over the next three years, the ITIF experts expect a loss of revenues of $22bn to $35bn directly linked to the loss of trust. At a recent industry meeting in Tallinn, EU Commissioner Kroes gleefully stuck a finger in the wound: “If European cloud customers can no longer trust the US government or their protestations, they may likely no longer trust US cloud providers either.” In other words, the spending elsewhere of $22bn to 35bn should spur German and European cloud companies to invest on a large scale in a market that was once believed to be lost to them.

A strange rhetoric, running against the current globalisation, has gotten new life: French cloud providers, such as the telecommunications company SFR, are advertising that French data is stored most securely in France. Their German rivals are following that up with matching offers. According to polls, more than half of Germany’s medium-sized companies want to store their data only in German data centres – if they use any clouds at all.

"This espionage affair shows that, throughout the entire digital information process, the power ratio between the United States and Europe has probably reached 100 to 1," says columnist Eric Le Boucher writing in French financial daily Les Echos.

Noting radically differing strategies between the United States and Europe regarding the balance required between security and freedom, the journalist says that:

The digital revolution provides the United States with two advantages. First, the US is naturally more at ease with developing the thousands of applications and jobs that will bloom to process the data. The more machines stock the data, the better the possible service offered. This is where trust in the economic system comes into play. This is natural in the US but not at all in France. Furthermore, the companies that gather the data are nearly all American, thus giving them a considerable head start over any rival firms that would want to start up in Europe. They will have to buy from existing companies, if the Americans are willing to sell it to them, data that ‘belongs’ to the Europeans. It's a grand theft of memories... Finally, to complete the circle, add to that the fact that billions of data files are stocked in large centres mostly located on American soil and where US government agencies have access to them in a totally opaque fashion. On the Net it all fits together: defence, freedom, and economics. The digital revolution is shattering these European foundations.