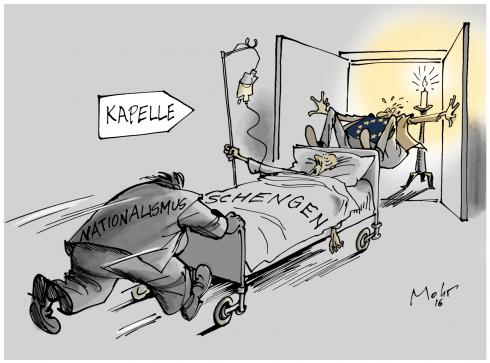 In the wake of the migrant crisis and the reintroduction of border checks Schengen, Europe's space for free movement, is under threat. On 3 January Sweden restored border checks with Denmark, while the latter reinforced them with Germany. Both come after Norway, Germany, Austria and France took similar measures.

While the German government warned that Schengen, one of the EU's most important achievements, "is in danger", the former president of France, Nicolas Sarkozy, said plainly that "Schengen is dead".