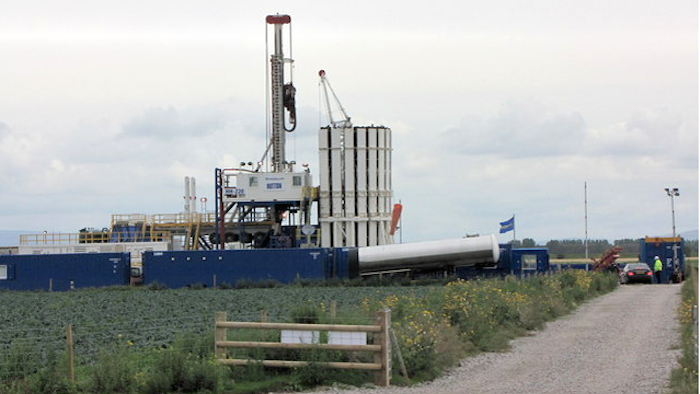 The UK government has added its weight to a behind-the-scenes lobbying drive by oil and gas firms including BP, Chevron, Shell and ExxonMobil to persuade EU leaders to scrap a series of environmental safety measures for fracking, according to leaked letters seen by the Guardian.

The deregulatory push against safety measures, which could include the monitoring of on-site methane leaks and capture of gases and volatile compounds that might otherwise be vented, appears to go against assurances from David Cameron that fracking would only be safe “if properly regulated”.

In a comment piece in 2013 the prime minister wrote: “We must make the case that fracking is safe ... the regulatory system in this country is one of the most stringent in the world.”

But UK government sources say that new controls on the industry could constitute “an unnecessary restriction on the UK oil and gas industry” and they wanted to avoid “unnecessary red tape”.

An intense backroom battle is now brewing over the measure, which would mandate the use of best available technologies and risk management procedures (or ‘Brefs’) when fracking for shale gas, or other hydrocarbons.
In their letter to the commission’s second most powerful official, vice-president Frans Timmermans, the oil and gas moguls say that the proposal would be cumbersome, time-consuming and “of such little perceived value [that it] is very hard to justify, especially at a time of intense focus on safety, cost and efficiency of day-to-day operations.”
“We urge you to intervene and ... withdraw this proposal which, if it were to go ahead, would seriously exacerbate an already ailing investment climate for producing oil and gas within Europe,” says the letter, which is dated 17 July, and signed by nine company presidents, directors and board members.

The industry chiefs from firms which also include ConocoPhillips, Statoil, Petrobas, Total, and HSE, promised to elaborate on their concerns in a private meeting with Timmermans.
“While the fracking industry and UK government reassure the public of their commitment to safety standards, behind the scenes they’re fighting tooth and nail to avoid any kind of oversight,” said Antoine Simon, a spokesman for Friends of the Earth Europe.
“Such a cavalier approach is shocking given this dirty industry’s destructive impacts on people and the planet. We need an outright fracking ban.”
EU officials contacted by the Guardian said that the EU would press ahead with the proposal regardless. A first meeting of national experts is planned on 13 October, ahead of a final proposal in May 2018.
But any new proposal will now be closely monitored by Timmermans, who has been the driving force behind the Juncker commission’s ‘better regulation’ agenda for minimising environmental, health and social legislation. This was devised with one eye on placating eurosceptic setiment in the UK.
A spokesperson for the Department of Energy and Climate Change said: “We support the Better Regulation agenda, but would work with the European commission to avoid any unnecessary red tape that could come in from further regulations. The regulatory regime for oil and gas in the UK is recognised as one of the best in the world.”
Technically, the new measure does not constitute a ‘regulation’. A bid to introduce legally-binding EU-wide restraints on shale gas production was defeated last year, after intense lobbying by David Cameron.

But in a separate lobby missive in April, the International Association of Oil and Gas Producers [IOGP], whose members produce over half of the EU’s oil and gas, argued that the Bref would be a backdoor statute, in all but name.
“IOGP is growing increasingly concerned at the apparent proliferation of Bref initiatives as an alternative way of regulating industry,” the group’s director, Roland Festor wrote in a letter to EU diplomats, obtained by the Guardian.
Other Brefs covering issues such as air pollution limits for power plants have been staunchly resisted by the UK and major power utilities, because of the potential court actions and fines that could be brought under the EU’s industrial emissions directive.
The proposed fracking Bref lacks the legal basis of a directive but “it could nevertheless be binding because of the references to ‘best practices’ that can be found in operating licenses in [EU] member states,” Fester said.
“The hydrocarbons Bref would represent unnecessary over-regulation, would lead to significant regulatory uncertainty over a sustained period and would lead to a new and prescriptive way of regulating the European oil and gas industry,” he added. “We are therefore calling for the hydrocarbon Bref to be stopped.”
Environmentalists though claimed the letter as evidence of hypocrisy, as the industry group’s public statements had previously lauded the role that “good industry practices” and “proven and reliable technologies” could play in minimising environmental risks.

This article was changed on 11th September to clarify the UK Department of Energy and Climate Change’s position. It is working with the European Commission to avoid “unnecessary red tape” but it would not necessarily oppose all new controls on fracking.