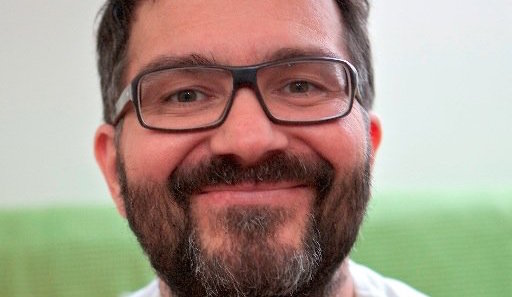 Friedrich Moser: “There’s a democratic deficit in the EU”

The Brussels Business, to be broadcasted on Arte on 12 February, explores the shadowy universe of the powerful lobby groups at work behind the scenes of the European Union institutions, revealing their opaque and crucial influence on decisions that affect the daily lives of Europe’s citizens.

The film’s co-director Frederich Moser tells Presseurop how the idea of making a movie on such a touchy subject came to him, how he managed to persuade the lobbyists to take part, and his ideas on the EU and its future.

Presseurop - Why did you choose to make this movie about Brussels lobbyists?

Friedrich Moser - It's a long story: when I made my very first documetary, in 2001, it was about the variety of languages on Europe. Two months after finishing the film, I was contacted by the European Training Institute, which is very well known in Brussels, but no-one knows it outside. They invited me to join in for a crash course on understanding the European institutions for a weekend…for €1,750 plus VAT. And I thought that sum was very high and that there are organisations in Brussels who want to get into the pockets of the people who want to inform themselves.

With time, my idea changed a bit. And I thought that maybe the European institutions are so complicated that you need those expensive crash-courses. Since then, I wanted to make a film about that. But I lacked three things: 1. I got no access to people; 2. I had no story and 3. I had no knowledge about how it worked. So I contacted the co-director of the movie, Mathieu Lietaert, who is a political scientist focusing specifically on lobbying in Brussels. With his knowledge and his access, we manage to get in touch with the people you see in the movie. That was 2008.

Why did you choose lobbying as a subject for your movie?

It was intriguing for me to see that on a national level, we all know who is behind politics, who is influential and who is not — industrialists and trade unions mostly. On the European level, you have absolutely no knowledge about it and what triggered me was to look at how this is working behind the scenes and who are these people circulating around the institutions. What are the think-tanks. All those things are well known in the US, but completely unknown in Europe.

In your movie, there are two people, the European Roundtable of Industrialists (ERT) boss Keith Richardson and the lobbyist Pascal Kerneis, from the European Services Forum (ESF), who seemed to be really at the top edge of the "Brussels Business". How did you manage to get them involved?

They were actually quite easy to get involved, because from the beginning we were very clear about the fact that we wanted to have both sides of the issue: those who were monitoring lobby groups and the lobbyists themselves. When Matthieu was doing his research, Pascal Kerneis complained about the bad image lobbyists have. Their job is perceived by the public as almost like prostitution, while it's an ordinary job. So his point was to show in our movie what his job was about. How lobbyists work, how they think,what their strategies are. And to give them a face, bringing them out of the grey and shadowy zone where they usually are placed.
With Keith Richardson, we know we'd cover the story of the European Single Market (ESM) because we knew it was the most influential lobbyist group in Brussels: the outcome was the European Union as we know it, with a single market as we know it, which are the fundamentals of the way we live in Europe today. We told Richardson we wanted to focus on the moment when the Single Market was shaped and wanted to interview the economic actors who were behind this shaping. He told us he was wanting to write a book about that, but that his publisher wasn't interested in a story — he said — no-one would be willing to read. So he was pretty happy to tell us his story.

What is your opinion on lobbying?

We think lobbying is inevitable for democracy to work, because you have to bundle interests, and those interests have to be taken into consideration. But, if you don't regulate it, if you don't have clear rules, transparency, fairness, the outcome of politics will be hugely impacted by lobbying. This is the problem we have in Europe now: lobbying is neither transparent enough nor fair enough.
It is not fair because the number of business lobbyists, compared to the number of consumer organisations is 50 to 1 in Brussels, while it is not like this on a national level. On the national level, trade unions and big business are on the same level and treated in the same way by the State. Sometimes one prevails on the other, but in the end, they have an equal weight.
In Brussels, it is not the case : industry prevails pretty much. You have around a thousand expert groups advising the European Commission on how to make legislation and to impose regulation. And most of them, by far, are dominated by business’ interests. And business' interests representatives. We think it is important to listen to business, but also to consumer organisations, to civil society. There needs to be a fair treatment of both sides.

Is the competition between business and civil society balanced?

Certainly not. Take for example the De Larosière expert group you see in the film. They were advising the Commission on financial regulation, after the financial crisis that started in 2008. Those eight experts had personal links to those who provoked the crisis or had a track record on deregulation. It’s quite an achievement to find, on a continent of 500 million people, the eight people who should not be advising on regulating the financial sector.

Are the EU institutions democratic in your opinion?

They are. But there is a democratic deficit compared to the member states. Firstly because, in the member states, the Parliament is involved in the legislative process from the very beginning. This means you have a debate from the start. In Brussels it is not the case. This is why we demand that the European Parliament is given the right to initiate legislation. It will be beneficial on both sides because presently, the Parliament can only block the Commission’s or the Council’s proposals.
Secondly, there’s no public debate on European topics because the press does not talk about them: 80 per cent of what controls our daily life starts out as a legislation in Brussels. So, it should be treated as an internal politics by the media. But the media treat it as external affairs, or say “European affairs are so complicated that people are not interested.” So people are not aware of what happens in Brussels.
But through the screening we’ve done lately, our experience shows that there is a huge interest on European topics. We’ve seen it in the schools we showed our movie: young people are eager to know and to get involved in the EU affairs.

In the movie, it looks like the European Single Market has been designed according to the wishes of the industrial lobby and implemented by the Delors Commission (1985-1995), with the European citizens having no word on its shaping. Do you have the impression that public opinion had nothing to do with it?

We have to go back to the early days of the European construction: the European community was an elite project by the political and economical european leadership after WW2. In those years, it was probably not possible to have a debate involving all the European citizens. As an elite project, it has been successful. But as the Single Market and the European Union as we know it today went on, the economic cooperation organisation became a political power. But now we don’t have the level of public involvement that a political power should have. This is the main problem and the reason why so many European citizens are turning their back on Europe: they don’t feel represented.
Of course, the ESM was not dictated by the ERT, but is was copy-pasted by the Commission. The ESM is a good thing, but it is not complete, because you don’t have the same rules everywhere, for example in the taxation policies. The ESM has been largely created to build up “European champions”: companies that could compete with the American and Japanese multinationals. This has allowed a lot of jobs to be preserved in Europe. But it also led to a kind of unfair competition between the European “champions” and the small and medium enterprises (SMEs). Especially on financial and tax grounds: big multinational companies can compensate losses in one country by profits in another and use the most profitable tax system, while SMEs cannot.

Do you see any kind of democratic evolution in the European institutions lately?

Do you still have faith in Europe, after having seen it from the inside?

Of course, I do. I would never have made this film if I had not been a confirmed pro-European, and the sames goes with Matthieu. I’m Austrian and I’ve been living in several European countries. I did my Erasmus in Spain. I lived 12 years in Italy and live now between Austria, Germany and Italy, without having to change my money. That’s pretty much an achievement.
I do trust the European institutions, but they must be adapted to accommodate the powers that they have been given. That is to say, they should be more democratic. Would I abolish the EU? Certainly not. I believe in a more integrated EU.