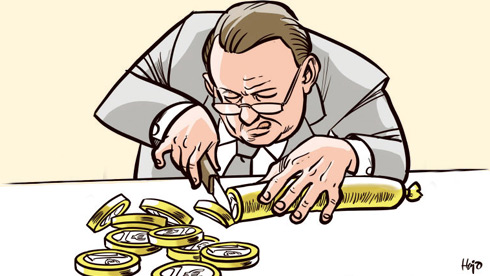 According to the ECB, the Germans did not take advantage of the crisis and are even poorer now than other Europeans. For the Frankfurter Allgemeine Zeitung, this is proof that they should not pay for the mistakes of others, and they need to better allocate their wealth.

The data from the European Central Bank contains political dynamite. For the first time, official bodies across Europe have wheeled out representative and methodologically comparable surveys to determine the wealth of European households.

With average household assets of €51,000, Germans turn out to be poorer than Slovaks, only half as rich as Greeks (€102,000) and almost needy in comparison with Luxembourg (€398,000) or Cypriots (€267,000). The distribution of the assets may come as a surprise, but it is hardly a scandal. It merely describes the reality that more and more politicians and media in this country rarely care to take note of, for whatever reason.