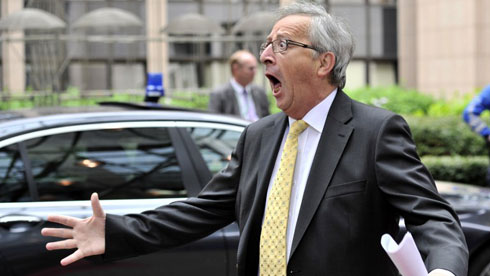 Senior European leader Jean-Claude Juncker resigned as prime minister of Luxembourg on July 11. Frankfurter Allgemeine Zeitung asks how the EU would be able to function without this figure, who embodies the key elements of European unification.

Jean-Claude Juncker arriving at an EU summit in Brussels, 2012

The resignation of Luxembourg prime minister Jean-Claude Juncker is primarily an internal matter for the Grand Duchy. Luxembourg’s secret service, an agency that reportedly has five dozen employees, is alleged to have been living a “life of its own”, or at least one over which the prime minister failed to exert sufficient control.

At the root of the matter is an affair that goes back to the 1980s, but it is not clear whether Juncker’s resignation means he will disappear from Luxembourg’s political scene. He wants to lead his Christian Social People’s Party into the election campaign, and it is quite possible that the still-popular politician, who has been prime minister since 1995, will be heading up the next government.

You can unsubscribe at anytime *
Categories
EUPolitics and democracySocietyLuxembourgEuropean Union