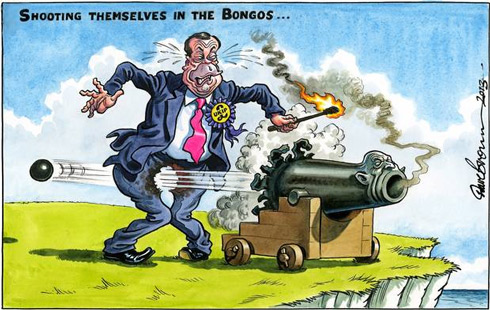 United Kingdom Independence Party (Ukip) leader Nigel Farage was embarrassed after MEP and Ukip member Godfrey Bloom gave a speech in which he decried the fact that in the middle of an economic crisis the UK was giving billions in foreign aid to “bongo bongo land”.

A bongo is a type of African drum, and the comments triggered a flurry of angry accusations of racism and colonialism against the politician, whose party was once described by Prime Minister David Cameron as made up of “fruitcakes, loonies and closet racists”. Bloom has since apologised.