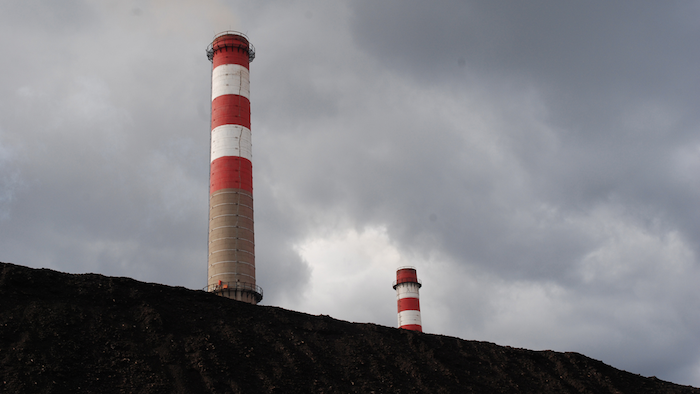 Belgrade’s emissions pledge ahead of December UN climate conference in Paris has been enthusiastically labeled as ‘exemplary’ by the European commission. But its scheme will involve a de facto 15% increase in CO2 emissions, warn EU sources.

Serbia’s new climate pledge for the coming UN summit in Paris has been hailed by the European commission as an “exemplary” step towards EU accession, even though official figures show that it involves a 15% increase in the country’s emissions by 2030.

A Serbian headline pledge to cut emissions 9.8% by 2030 – as measured against 1990 levels – was announced on Thursday at a press conference in Belgrade, with the commission’s vice-president for energy union, Maroš Šefčovič.

But according to a Serbian government report for the UNFCCC in April, Serbia’s emissions have already fallen by a quarter since 1990, because of the collapse of heavy industry after the communist era.

EU sources confirmed that Serbia’s pledge could be even worse than it appeared, as the 1990 baseline figures counted high-emitting Kosovan coal plants, which will almost certainly not be included in the 2030 statistics.

Šefčovič praised Serbia’s offer regardless, and promised strong backing for its bid to join the EU, whose members are committed to a 40% CO2 cut by 2030. “The EU will continue supporting Serbia – on climate and energy as well as in other fields,” he said. “Your success today in adopting Serbia’s INDC is an exemplary step on this path.”

The bloc’s controversial climate commissioner, Miguel Arias Cañete, also tweeted praise to Belgrade for having shown “leadership in the region” which its neighbours would soon follow.

“The Serbian offer is a joke, but no one’s laughing now that the commission says it is an exemplary step on the path to EU membership,” said Garret Tankosić-Kelly, principal of SEE Change Net, a Bosnian thinktank, focused on sustainable development in the Balkans. “How is the rest of the world supposed to take EU climate promises seriously, when it is demonstrably allowing its candidate countries to cook the books of their climate policies, hoping that no one will notice?”

A spokesperson for Cañete and Maroš Šefčovič declined to comment on the new pledge, saying that the two officials had merely “welcomed the fact that Serbia, being the first country of the region to announce its INDC, has moved forward in the global climate process”.

But other commission sources were less guarded. “This is kind of a fiddle,” one said. “It is actually a very poor announcement and by making it, Serbia is free-riding on the back of countries that are prepared to be much more ambitious.”

Ambitious counter-offers from less developed Balkan countries would probably not be triggered by Serbia’s announcement, the source said. “My gut feeling is that they will say: ‘if Serbia has made such a poor pledge, why should we suffer?’,” the source added.

Serbia is dependent on coal for around 70% of its energy, and is heavily invested in what campaigners say will be a new wave of coal builds to replace ageing infrastructure. A $600m [€527m] deal was recently signed with China to build a new 350MW plant in Kostolac.