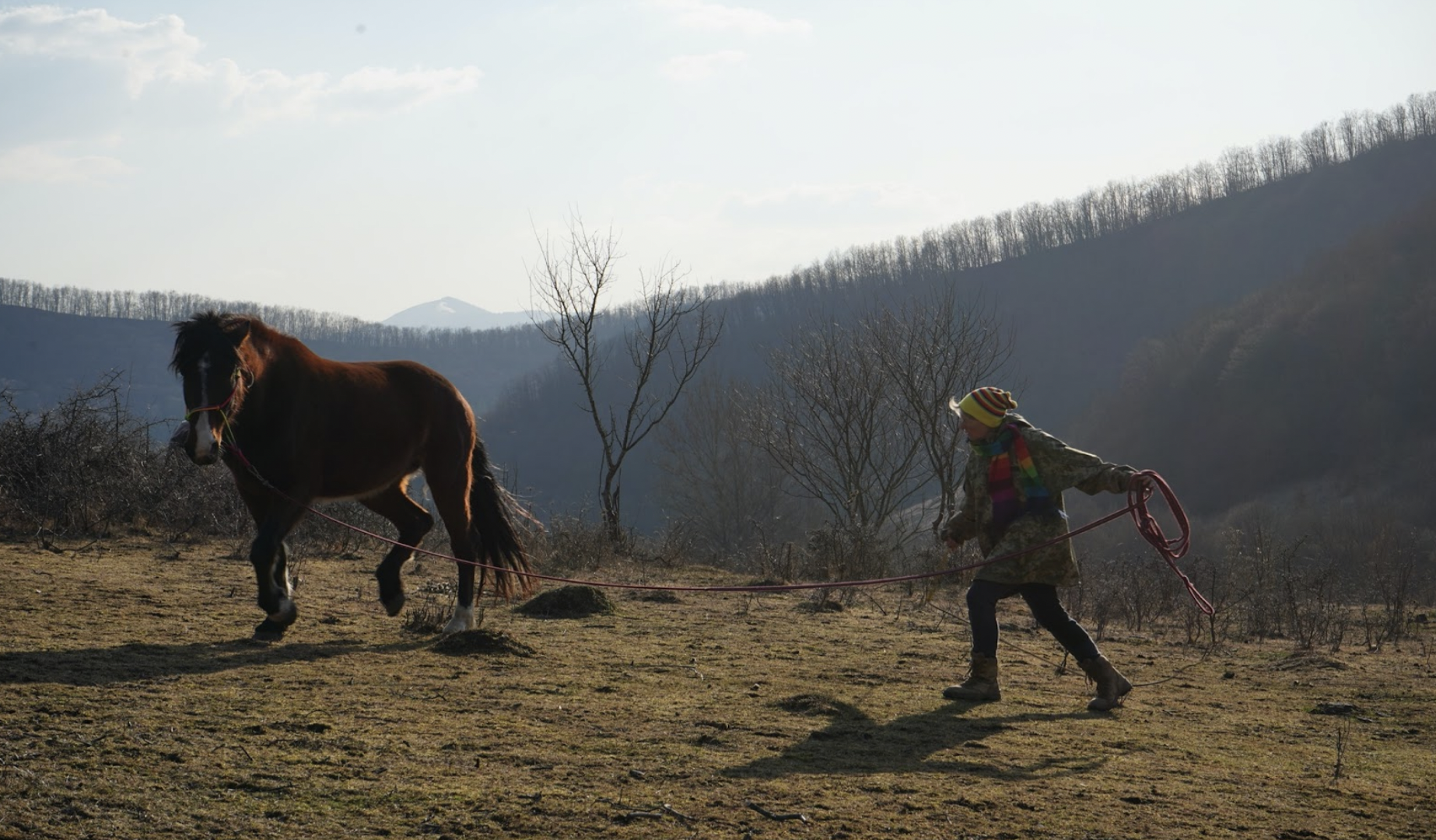 In Romania, solidarity with Ukrainian refugees falls to civil society

Since the Ukrainian border became a boundary between bombs and peace, more than 770,000 people fleeing the war have chosen Romania as their first haven. About 80,000 of them have decided to stay. This article is part of a series on solidarity with Ukrainian war refugees.

Many Ukrainian refugees had no idea what to expect from their neighboring country. We do share some pages of history, but we have not read much about each other in the recent past. About 80,000 of them – out of the more than 770,000 who sought shelter in Romania –  have found open doors in the houses of Romanians. Nonetheless, some more official help would be appreciated.

“We can offer a house in the countryside”. “I have an apartment in Brașov for a mother with two kids, pets allowed, no time limit”. “I have free seats if anyone needs transport to Austria or Germany tomorrow”. The messages that have been posted online in the last two months in Romania could fill a thick book with solidarity lessons. Most of those offering help are volunteers – a lot of them are exhausted or in need for financial support to keep going.

Fewer than 5,000 Ukrainians who crossed the border in the last two months have an official refugee status, according to The Romanian General Inspectorate for Immigration. Many do not want to apply. “Don't imagine that the Ukrainians trust the authorities more than we do,” explains Elena Calistru, president of Funky Citizens, an NGO involved in civic initiatives in Romania. These days she organizes transports with humanitarian aid for Ukraine.

Building trust is not easy without facts to rely on. And when it comes to factual official support, “things are pretty bad. What's different in this refugee crisis is that most of the refugees are living in private homes. It is difficult to reach them, even for the authorities,” says Elena Calistru.

When it comes to the assistance offered by the Romanian government, the local authorities have been helping from their emergency funds, but the money is far from enough in most of cities. The Romanian government promised last month to help each refugee financially – through local authorities who receive requests from hosts. But no host or refugee has yet seen any money. The National Department for Emergency Situations is responsible for distributing the 20 RON (€4) for food and 50 RON (€10) for accomodation per day. “The money will come next week,” says the press officer of the department in Cluj-Napoca, the most expensive city in Romania. Despite the lack of certainty on both sides, the solidarity continues.

It's a beautiful spring evening and the waiting game at the call center of the “Medical International Rescue Association” in Cluj-Napoca has started. Cluj-Napoca is the second largest city in Romania. Thousands of refugees have passed through here in the last two months. The association – usually a private ambulance service – has a hotline for refugees. Tonight, Ion and Mihaela handle the phones. Ion is an engineering student from Moldova and is in charge of translation, Mihaela is a paramedic.

Listening to a discussion with a family who will reach Cluj-Napoca tonight, Mihaela starts to cry. “A couple wants to leave an old lady in Romania and then travel to France without her. They’ve said that she is too sick to travel further,” says Mihaela. The translators are amongst the most affected by the exchanges between refugees and volunteers – they catch most of the stories. “I remember a mother with two children and only two hundred dollars in her pocket. She had no idea where to go. I didn't know what to say”, says Ion.

Andrei Bonțidean, the association’s director, has been a paramedic for ten years. We found him in his office, looking tired. We talked about his motivation to still help, after two years without taking a break from working – he was active each day during the pandemic.  "I think that the best part of this experience is that we've started to feel again. We, the medical staff, have a problem: we don't feel any more. This mission made us human again", says Andrei Bonțidean.

Victoria offers translation to refugees and volunteers in the train station. Originally from Transnistria, a breakaway region in the Republic of Moldova, she now studies piano in Romania. In the first weeks of the war, she felt powerless. Part of her distant family is in Ukraine, near Kyiv. Wanting to shake the feeling of impotence, she drove to the border, witnessing the desperation of thousands of refugees. Hundreds of Romanians were there to help, and they needed Victoria to understand how to.

Victoria drove back to her university on a Sunday morning and tried to sleep, but her phone started ringing — some refugees she met at the border needed help in town. Since then, she's been one of the volunteers in the Cluj-Napoca train station, but no more than three days a week. “I am afraid that I cannot do it more often because of the emotional weight – they are telling me their life stories and starting to cry”, says Victoria.

Similarities between Romania and Ukraine are many - from traditional clothes or food to some of the history that connects both societies, but something is very different: the language. At the beginning of March 2022, “The Grammar School” – an educational project meant to make grammar more accessible for students and young adults in Romania – came up with an idea. Corina Popa, founder of the project, decided to teach Ukrainians who want to learn Romanian, for free. She had no idea how many would be interested,  and was shocked to see 700 trying to attend the first Zoom class. Also, "in one case, there was a table with ten people on a single phone at the end. Children, old people, young adults sitting with their ears pricked up", says Corina.

Someone’s laughter shatters the sobriety of the lesson when the teacher explains how one can say how they feel in Romanian: foarte bine (very good), bine (good); așa și-așa (so and so). Așa și-așa is the trigger for mirth. Repeating the words, more voices join the Zoom choir, and the laughter becomes contagious. No one feels the need to explain why, but everyone can feel it—it’s the answer that so many would give, in a monotone, omitting how they really feel: terrible.

The Ukrainian refugees in Romania are mostly accommodated in the capital, in big cities and around the borders. Because of the lack of infrastructure or essential public facilities in many places around Romania, the countryside is not the first option for most people looking for a kind of independence. But there are exceptions.

Balmy streams of sunlight shine on Tatiana as a horse circles around her among the gentle hills of Transylvania. The wind blows her rainbow scarf, revealing an oversized military jacket, the Ukrainian flag stuck on the sleeve with velcro. "I miss the Ukrainian land", she says. Tatiana and her friend Olga made a four-day trek from Odessa with five horses and one pony, stopping in Moldova when one of the animals got sick.

“Of course, we want to go home.” The women used to run an equestrian centre in Odessa, but have been pushed to seek safety in the Romanian countryside, away from Russian shelling.

Their home is now a village in the heart of Romania. Iulian Docea, who has been working tirelessly for years to rebuild his grandparents' abandoned village of Rachiș, offered to host them here. Since 2008 the Cluj-based entrepreneur has been renovating 14 houses in the village. He didn’t intend to create an oasis of safety for traumatised people, but the village has become one.

"The help that we give is community-based, not institutional", says Daniel David, a psychology professor and rector of Cluj-Napoca's Babeș-Bolyai University. "We are working with an enthusiastic mindset, and mostly exploring our existing networks."

"We know that organisation and discipline aren't exactly a custom of our society or our institutions", concedes David. "Romania never had powerful institutions. So people get involved. But when there is no organisation, they don't know when to take a step back and let someone else take over. They get consumed by burn-out, stress, and frustration."