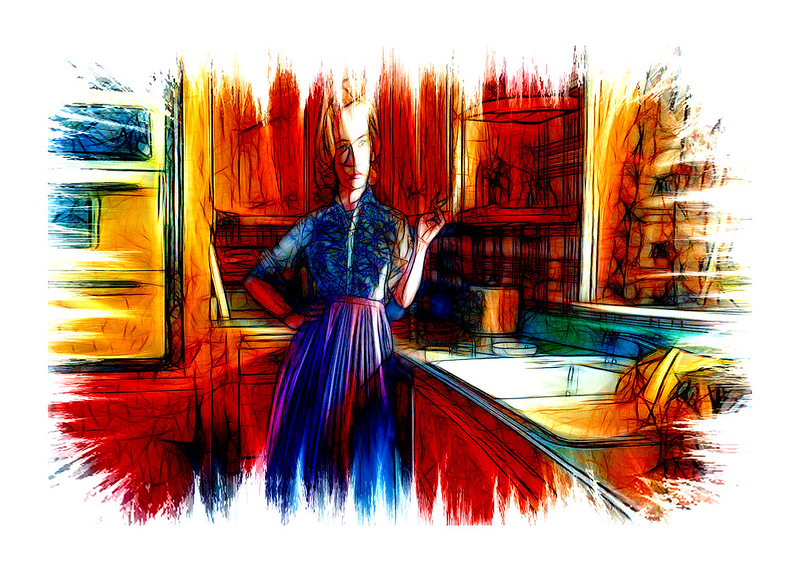 Gender inequality in the labour market has been an issue for years, and it has only gotten worse with the ongoing pandemic, to the point that it is rolling back on the achievements made in the last 30 years. The latest episode of the European Democracy Lab podcast delves deeper into the issue.

We have all been affected by the Covid-19 pandemic, but women, in general, have felt its effects more than men. A report written by the United Nations, states that “calls to helplines have increased five-fold in some countries, as rates of reported intimate partner violence increase because of the COVID-19 pandemic”. As if this wasn’t enough, women are also experiencing the worst of the detrimental effects that the pandemic has on the labour market. Gender inequality on the labour market is the title and the topic at the centre of episode 7 of the European Democracy Lab podcast by the Institute of European Democrats (the podcast is available in English, French and German).

We can manage this only together

“We have seen that the pandemic has given rise to huge differences between men and women in Germany, in Europe, and most certainly worldwide”, says Professor Jutta Allmendinger, a renown German sociologist, and President of the WZB, the Berlin Social Science Center, as well as Professor of Educational Sociology and Labor Market Research at Humboldt University.

Allmendinger has published a book last Autumn, Es geht nur gemeinsam (“We can manage this only together”), in which she analyses the impact that Covid-19 has on gender equality in the labour market. In her book, Allmendinger coined the term 'Retraditionalisation', which refers to how the achievements that women had reached in the last “20 to 30 years”, are being reverted by the pandemic: “We saw a reduction of labour force participation.

We saw that women withdrew from the labour market and that unpaid work increased for women more than it did for men”. Smart-working has played a role in this, as “smart-working has a gender. It means for women that they are able to combine work and family. For men, it means that they can work much more flexibly. It does not reduce the wage gap, the income gap, the pension gap or the position gap”, explains Allmendinger.

Professor Allmendinger is not the only one to believe that there is in fact a problem of gender equality in the labour market: the same concerns are shared by Ulrike Müller, a German MEP, Executive Vice-President of European Democratic Party (EDP) and founder of the European Academy for Equal Opportunities, a registered non-profit association for the promotion of equal opportunities between men and women. Another issue is that employment rates differ greatly from men to women, with the rates being “73 per cent for men and 62 per cent for women. 30 per cent of women work part-time, which is the case for less than 10 per cent of men. And another 30% of women do not work because of caring responsibilities toward their families, whereas this is the case for only about 4 per cent of men”, states Ms Müller.

The European strategy for gender equality

So what is the European Union doing about this? Ms Müller explains that “the Treaty of Rome laid down first regulation about equal pay in 1957. Back in 2006, the Parliament and the Council adopted a directive on gender equality in the labour market. And there's another one on equal pay. Recently, the European Parliament adopted the report on the European Gender Equality Strategy with provisions for their labour market and equal pay”. The Strategy is made up of a series of objectives, to be reached by 2025, in order to better the conditions of women in the labour market, but also end all of the other gender-based issues that plague our society (pay gap, pension gap, gender gap in politics and decision making, gender violence, and so on).

This is easier said than done though, as Sylvie Brunet, a French MEP who is also part of EDP, remarks: “We are still awaiting the commission proposal on binding salary transparency, a measure that was due to be presented before the end of 2020, and, as of today, is still not on the agenda of the college of the Commission for the next month”. Ms Brunet has also highlighted the need for a drastic change to take place quickly, since “Covid-19 has particularly affected women: 70% of the health and social service staff around the world is constituted by women”, professions that we have learned to be among the most exposed to the virus.

Nevertheless, legislation can only go so far, “we absolutely need a cultural change in order to reach and guarantee equality between the sexes, and cultural change cannot be dictated from above”, Ms Müller argues in conclusion.