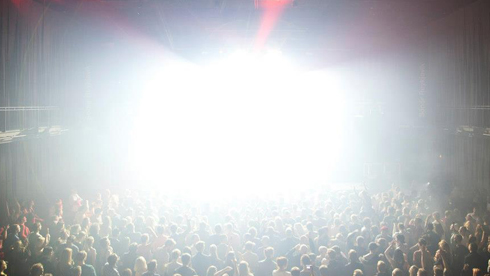 Iceland escaped the grip of austerity and has turned Icelandic culture into the country’s second largest contributor to GDP, with an impact of around €1bn per year. Unemployment is at 5.7 per cent, growth at 3 per cent – and the island is alive to the sound of music and movie shoots.

If the financial collapse Iceland went through in 2008 is viewed as a laboratory of questions and answers about the current crisis, taking notes on some of the solutions the Icelanders have come up with might be wise.

Unlike in southern Europe, where cuts and tax increases have hit on the culture sector in particular, since 2008 this country of 320,000 inhabitants, which is the size of Portugal, has thrown itself into the creative industries sector. The economic impact of that activity (€1bn) is double that of agriculture today and ranks just under the island’s top industry, fishing – the legendary export machine that ships cod (and other seafood) to the continent.

All thanks, in part, to Iceland’s petite 37-year-old culture minister who has dug her heels in over the last four years and refused to go away when the government asked her, “Why should we give money to artists?” Sticking to her guns, she has converted the arts into the poster child of the island’s recent economic success.

Today the unemployment rate is 5.7 per cent and the country is growing at a rate of 3 per cent. True, the currency was devalued. Much of the improvement, though, has this "New Deal" for the arts to thank. Still, everything may change on April 27, when Iceland goes to the polls in the first elections since the country’s emergence from the crisis. The Conservative Party, at the helm during the shipwreck, when the Icelandic stockmarket had 90 per cent of its value wiped out and the country’s GDP dropped by seven points, is now leading in the polls.

‘A matter of survivial’

Memories, clearly, are short. The coalition between the Social Democrats and the Green Party, headed by Prime Minister Johanna Sigurdardottir (the first woman to hold this position), is in trouble. Its most charismatic member, the minister of culture, Katrin Jakobsdóttir, does not hide it. She welcomes El Pais and reviews her mandate, symbolically laid out below her office windows in the form of the spectacular Harpa building, a striking conference and concert centre in the port of Reykjavik. When the crisis hit, the construction ground to a halt. Jakobsdóttir, though, was determined to make it a metaphor for what she was pushing for: creating wealth by promoting the arts.

“We see culture as the basis of creative industries, as an increasingly important part of our economy. When I became minister, I took it on as a matter of survival. And that's what I try to get into the heads of the people: that culture is a very important economic factor. The money it generates matches what we get from our entire aluminium industry.”

The government cut back on spending, thinned out ministries and cut overheads. But they boosted contributions to independent cultural projects. It was a highly adept and flexible blend of public-private involvement, but without the state ever stepping back from its managing role in culture and education.

Iceland has an abundance of musical talent. Eighty per cent of young people (especially in the villages) had studied an instrument and musical theory. Today, that translates into dozens of bands with an international reputation. While Iceland’s natural landscape remains the primary attraction for tourists, a recent survey suggests that 70 per cent of young people visiting the island are drawn to the music festivals. Icelanders already had an inkling of that, though, back in 2006 when the Iceland Music Export office was created. It’s led by Sigtryggur Baldursson, former drummer of the Sugar Cubes, the band that Björk started out with and that forged the legend of an Icelandic sound. According to the IME, 43 Icelandic bands toured abroad last year.

At the same time, the software and gaming industries are growing in leaps and bounds. “It's out there at the edge of culture, and it gives lots of work to people in the industry, like illustrators,” said the minister. For cinema, a new law reimburses producers 20 per cent of the cost of any film shot in Iceland. Ridley Scott came to Iceland to film Prometheus, as did Darren Aronofsky with Noah.

When it was all champagne and the-sky’s-the-limit credit, many had predicted that financial wheeling and dealing was the only path that Iceland could follow. In 2006 Andri Magnason wrote the book Dreamland: A Self-Help Manual for a Frightened Nation, which denounced an economic model based on speculation with easy money. “During the boom years the government concentrated its efforts on expanding the banks and the aluminium plants and hydropower dams that were destroying our natural landscape. Some of us wanted to see an economy based on creativity, not on easy money.” And so there grew a strange alliance between conservationists and “computer wonks,” Magnason recalls.

Björk and other key figures of the island took notice. “When the crisis hit, there was already a grass roots movement that many young people were involved with.” Working groups were established in what they called the "ministry of ideas", a disused power plant on the outskirts of Reykjavik.

Magnason, however, does recognise the important role of government. “There are more theatres now, the literary market has flourished (60 writers have financial support for a full year), film production has increased, and the music scene has grown too. And all this help has a multiplier effect throughout the economy. The arts are not projects running in parallel to the economy; they are the foundation of the health of the economy.”

So, why are people thinking of voting for the Conservative party again? “They miss their Range Rovers,” says musician Ólafur Arnalds in a cafe in Reykjavik.

There also remains the issue of whether this model can be exported to countries such as Spain or Italy, whose populations are 150 times greater – and so too are the economic problems. Magnason thinks it can. “It can be applied to most places. The problem in Europe, especially in Italy and Spain, is all these young people who do nothing or who are in that strange limbo where neither the government nor the industry are defining what they should do. And that keeps them from fully tapping into their creativity.” Perhaps it’s a question of hitting bottom.