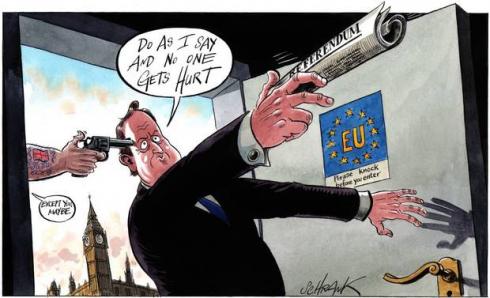 British prime minister David Cameron is on a European tour to ask his fellow leaders to be “flexible and imaginative” in reforming the European Union according to his demands. Cameron has promised to hold a a referendum by 2017 on Britain’s membership of the EU.

Meanwhile, France and Germany, who strongly oppose the very idea of a “Brexit”, have prepared a plan for a closer political union within the Eurozone.