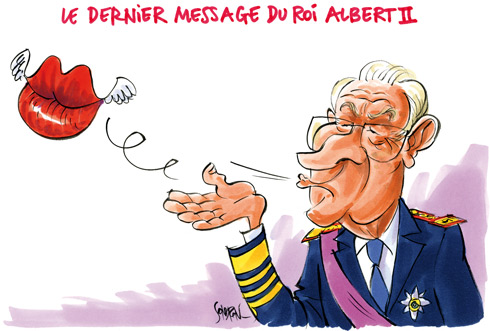 In his last speech before signing over the Belgian throne to his son, King Albert II called on the kingdom’s representatives and his successor Philippe to “work tirelessly for the cohesion of Belgium.”

But it is also the “big kiss” addressed to his wife, Paola, which was not part of his speech’s official text, that observers and the public will remember for years to come.