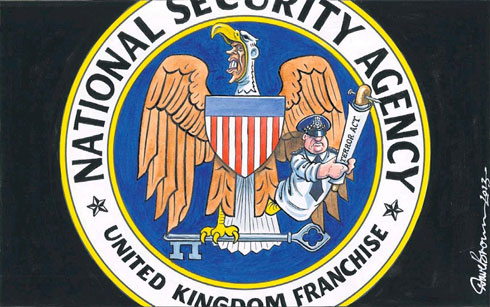 Despite US denials it requested British authorities to stop the husband of Guardian journalist Glenn Greenwald who broke the series of revelations regarding American surveillance of telephone and Internet traffic, suspicions of Uncle Sam’s involvement linger.

The White House says it was given only a “heads up” before David Miranda was stopped and held for nine hours in the departure lounge of London’s Heathrow airport. Mr Miranda has reportedly said he will take legal action against his detention.