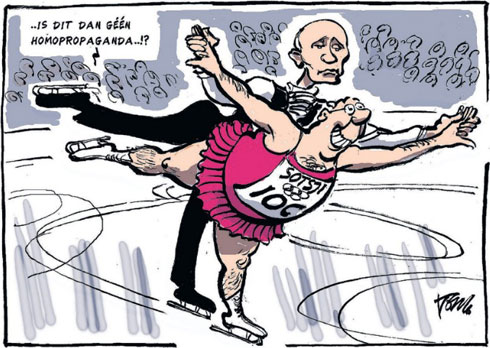 Several European public personalities, including British actor Stephen Fry, have called for a boycott of the Winter Olympic Games in Sochi, in protest of Russia’s recently-voted law punishing acts of “gay propaganda” to minors with up to two weeks in prison.

For its part, the International Olympic Committee is seeking “clarifications” of the law from the Russian authories. FIFA, which is organising the football World Cup 2018, also to be held in Russia, has called for answers as well.