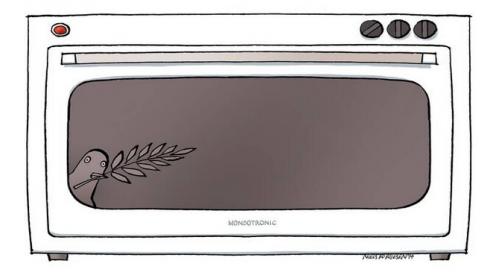 As global warning is increasingly seen as “the gravest threat of all to peace and security”, the EU Commission president José Manuel Barroso told the UN Climate summit assembly of some 120 world leaders on 23 September that “the EU is on track to meeting its 2020 target on cutting emissions and increasing renewable energy”, reports EUobserver, adding that “the Commission’s proposal includes a reduction target of 40 percent of domestic emissions by 2030, compared to 1990 levels, plus a renewables target of at least 27 percent and energy savings of 30 percent. Barroso also “announced plans to set aside more than €3 billion in grants to support sustainable energy in developing countries over the next seven years”. “The EU brings nothing new to the negotiating table yet still pretends to be a climate champion”, a climate change expert at Oxfam told EUobserver, adding that “the EU relies too heavily on fossil fuels, a major contributor to green house gas emissions.”