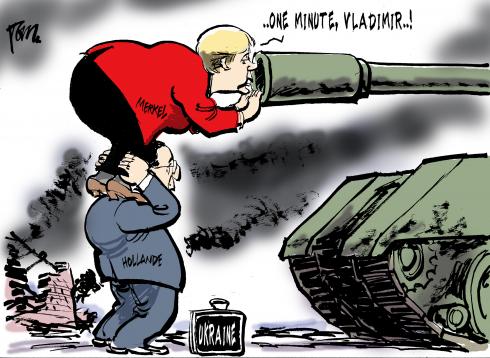 German chancellor Angela Merkel and French president François Hollande met Ukrainian president Petro Poroshenko in Kiev on 5 February to discuss a “new settlement proposition” for the conflict in Eastern Ukraine, which led 5,300 people dead in nine months. They then are scheduled to go to Moscow to discuss what Hollande called “the last chance” for a pacific solution to what looks every day more like an open war.