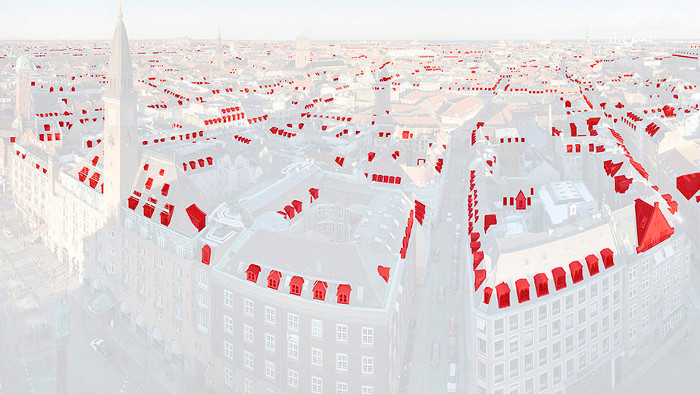 EU-scepticism or outright hatred of the EU has become a predominantly right-wing phenomenon. The big question is whether the Danes’ immense support for the EU will translate into action on the 26th of May.

However, the chaotic aftermath of the Brexit referendum has led to a change of heart. According to a poll produced in April 2019, the EU’s popularity in Denmark has reached an historic high: 76 percent of Danes think the EU is “a good thing”, and 85 percent consider Denmark’s membership of the EU an “advantage”. So, this time round, Denmark’s candidates for the European Parliament were understandably optimistic about turnout: might we even see the previous record (60 percent back in 2009) smashed? Everything seemed to point in that direction, given that 65 percent of those asked declared their intention to vote on 26 May.

This optimism didn’t last long: on 7 May, the Prime Minister of Denmark, Lars Løkke Rasmussen, announced a general election for 5 June, a national holiday in Denmark. Needless to say, national elections grab a lot more attention than European elections, and it has proven difficult for European candidates to get much media coverage.

There are three major topics, which primarily capture the attention of the Danes: climate change, illegal immigration and tax havens: All three are challenges, which can only be solved internationally. Additionally, there is the feeling that the world has become more unsafe, that we must stand together. Yet, there is no indication that the Danes support Macron’s wish for “more EU”.

According to a poll carried out by Epinion on the 9th of May, climate change is the issue, which most concerns the Danes. It is no surprise that the left-wing parties such as Enhedslisten and Alternativet state climate change as their primary political priority, nor that Socialdemokratiet, Denmark’s largest party, together with Radikale Venstre show an interest in a green transition, but the fact that 43% of voters, who support the liberal party (and current governing party) Venstre, consider climate change to be important, that comes as a surprise to most.

Even the right-wing and anti-immigrant party, Dansk Folkeparti, who basically do not speak about climate change, must acknowledge that they do not know their voters well enough, since 38% of them state climate change as a problem, which must be taken seriously. Saturday May 25th, the day before the European elections in Denmark, a “People’s Climate March” will take place across the country with #gørvalgetgrønt# (#maketheelectiongreen#), where Greta Thunberg, amongst others, will be keynote speaker.

Illegal immigration is still an issue, which concerns the Danes, and primarily voters and politicians from the anti-immigration party, Dansk Folkeparti. Since the last EU election, two even more extreme right-wing parties have come into existence in Denmark, Nye Borgerlige lead by Pernille Vermund and the Islamophobic party Stram Kurs. Vermund has declared that she does not intend to vote in the EU elections because no party, not even Dansk Folkeparti (DF), can represent her visions of the world.

“They have joined a group, which is extremely socialist” she said, referring to the fact that DF has joined the newly formed group European Allience of Peoples and Nations, which includes the French Rassemblement National, Italian Lega, AfD from Germany and the True Finns. It is interesting to note that, when Marine le Pen courted Dansk Folkeparti two years ago, they loudly declared that they did not want to be associated with the French extreme right-wing party.

A third issue with which the Danes are concerned is that of tax havens, but here it is the left-wing parties, which dominate.

It is the first time in the history of the EU that Enhedslisten is standing for European elections. This came as a big surprise as the party has always been anti-EU. Now the party has changed its opinion, after a vote earlier this year. This is especially due to the fact that many young people look to European-wide solutions particularly on those two challenges, which are the top priorities for the party: climate change and tax havens.

EU-scepticism or outright hatred of the EU has thus become a predominantly right-wing phenomenon. And that is not all: The Danish right-wing and nationalistic parties have moved one step further to the right. Populism has now made inroads in Denmark, which provides food for thought at a time, when governments in a growing number of EU-countries have been elected based on populism.

Of course, the big question is whether the Danes’ immense support for the EU will translate into action on the 26th of May. One can only hope.

Translated from the Danish by Caroline Damgaard | VoxEurop