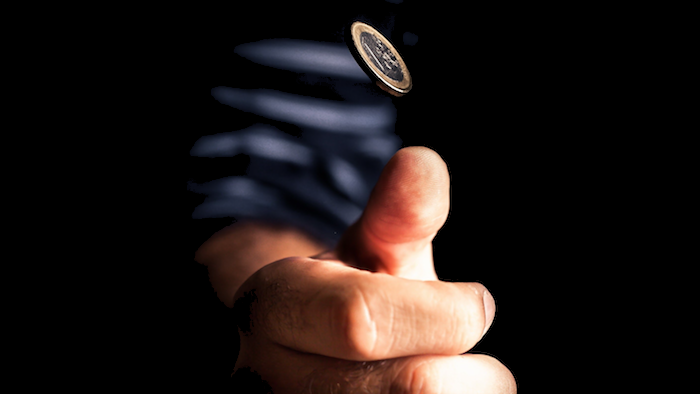 European agencies headquartered in the UK are moving to the continent ahead of Brexit. On 11 December the European Medicines Agency and the European European Banking Authority were decided on a coin flip. This is not the way things should be solved in the EU says former Radical party MEP Olivier Dupuis.

A few days ago, the representatives of the governments of the EU’s 27 Member States decided on a plan to relocate the European Medicines Agency and the European Banking Authority – the two Agencies that are currently headquartered on UK territory – and they needed to draw straws twice in order to secure a vote. This “extraordinary” procedure proposed by Donald Tusk, the President of the European Council, and Jean-Claude Juncker, the President of the Commission, has no legal basis in the Treaties and will therefore need to be formalized through the two legislative proposals that the Commission presented on 29 November. It is clear from these legislative proposals, which set the deadline for relocating the Agencies at 30 March 2019, that the proponents of this “extraordinary procedure hope to establish a point of no return for Brexit.

Resorting to “coin-flip” is outrageous enough, as Matteo Renzi vehemently declaimed, but what has been more troubling still is the Parliament’s silence on the whole matter. The institution that worked with the Council of Ministers to oversee the creation of these Agencies and help define their roles has yet to make a statement on the compatibility of the Tusk-Juncker procedure with the Treaties – i.e. on the legality of a procedure that effectively
excludes it from the decision on where to relocate the Agencies in question.

Several experts on the matter – including Emilio De Capitani, Visiting Professor at the Queen Mary Law School in London – have made it clear that, according to article 341 of the Treaty, governments may only decide on the choice of headquarters of European institutions. The general rule is that the choice of headquarters for all other organizations and agencies not
explicitly mentioned by the Treaties must be made by the same legislature that decides on their creation – to the extent that the headquarters represent an indispensable condition of the functioning of these organizations. Furthermore, the creation and definition of the respective missions of the few Agencies whose creation is spelled out in the Treaties (EDA, Europol,Eurojust) are decided on by the European legislature.

According to the Treaties then, decisions regarding the headquartering of Agencies must be co-decisions. Thus the Council and the European Parliament jointly have the responsibility and the duty of transparently and democratically choosing a new location for the Agencies, subsequent to the United Kingdom’s exit from the European Union. Assuming of course that the UK does indeed leave the Union.

The fact that the Commission has now submitted two legislative proposals to the European Parliament as a part of the co-decision procedure is simply a legal stratagem. The proposals are in blatant contradiction of both the spirit and letter of the Treaties, which are very clear on the matter. In the co-decision procedure (article 294), the Commission submits its proposal to both the Parliament and the Council. The European Parliament is then the first to make a decision, which it communicates to the Council. Moreover, the co-decision procedure stipulates that the Council must decide by a qualified majority (55 percent of the members representing at least 65 percent of the population), so it is mathematically impossible to end up in a situation where the votes are tied 50-50, as happened twice during the Council’s voting on the headquarters of the two Agencies.

If the European Parliament does not oppose the Tusk-Juncker proposal, then not only does an exception risk becoming the rule for all issues concerning Agencies and other secondary organizations in the Union, but the co-decision procedure itself will be seriously weakened.

Now that the Commission has made public the legislative proposals for putting these decisions into practice, will the champions of the rights and prerogatives of the European Parliament be able to mobilize so that it is in a position to present a motion before the European Court of Justice in Luxembourg to overturn them?

Apart from such obvious violations of European legality, this situation highlights a central problem for the future of the EU: the outdatedness of the Council’s mode of operation, which nowadays looks like small-time wheeling and dealing. Reforming the Council (of Ministers) can no longer be postponed to a more propitious occasion. The conditions for governing this institution in a dignified manner must be created by transforming it into an institution in the fullest sense of the term: a genuine European Senate.