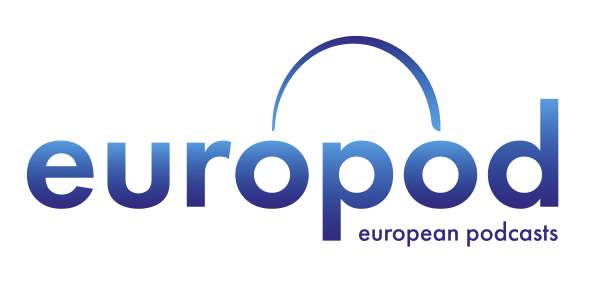 EuroPod is a network of European podcast shows which brings together journalistic, cultural and institutional views on political and societal trends in Europe and beyond.

A podcast by the EESC, produced by Bulle Media and in collaboration with VoxEurop – EN

The Grassroots view, the new podcast series launched by the European Economic and Social Committee (EESC), the consultative assembly of European economic and social partners explores the hot topics everyone seems to be debating these days in Europe. It does so giving the floor to civil society organisations, expert journalists, scholars and the members of the EESC.

A podcast by CONCORD - EN

Talking Development is a podcast by CONCORD, the European Confederation for relief and development NGOs, dealing with topical issues linked to international cooperation. This series focuses particularly on the role the European Union can play in achieving a world where people live free of poverty and exploitation.

A podcast by the European Cultural Foundation - EN

This podcast series is produced as part of The European Pavilion: an initiative launched by the European Cultural Foundation in 2020 in order to encourage imaginaries beyond the national, and address the way people, institutions, and media feel about Europe. With the series, we wish to open up urgent questions that hover in any conversation about the future of Europe.

A podcast by Toute l’Europe and Bulle Media – FR

Explique-moi l'Europe is a podcast series that deals with the functioning of European institutions and the main challenges the EU is confronted with. What are EU institutions accountable for? What consequences does the trade war between the United States and China bear for Europe? Each episode is about 7 minutes long. Explique-moi l’Europe provides everything you need to understand Europe.

A podcast by the International Crisis Group, produced by Bulle Media – EN

War and Peace is a podcast series by the International Crisis Group, an independent, non-profit, non-governmental organisation committed to preventing and resolving deadly conflict across the world. Olga Oliker and Hugh Pope interview experts on the role of the Old Continent at a geopolitical level. Their guests shed new light on everything that helps or hinders the prospects of peace.

Burst the Bubble (BtB) is a podcast on European affairs produced by the students and the Alumni of the College of Europe, specialised in Politics, Economics, Law, and International Relations. Cracking the EU  jargon, analysing the main political trends in the 27 member states, debating the hottest negotiations in Brussels: BtB aims at bridging the gap between citizens and EU institutions, by providing selected focuses and interviews with experts.

A podcast by Cafébabel, produced by Bulle Media – FR

Countries like Armenia, Hungary or North Macedonia are a peripheral part of Europe in both a geographical and political sense. Their relationship with the EU is sometimes complicated. How do we analyze their proximity with the European construction? Let's get to hear people from the peripheries of Europe tell us about their daily life and feeling about Europe.

A podcast by the European Committee of the Regions, produced by Bulle Media – EN

The Local Leaders for Europe podcast series is a collection of interviews conducted at the European Committee of the Regions (CoR), the EU's assembly of regional and local authorities. CoR members and young local politicians (YEPs), coming from all European Member States and different political families, express their views on current political issues, like climate change, migration and many more.

A podcast by Bulle Media, with Cafébabel and the support of the ECF – IT

Europa Reloaded is a podcast series produced by Bulle Media in partnership with fanpage.it, Cafébabel.com and with the support of the European Cultural Foundation. The podcast series aims at re-loading the debate on EU-integration, starting off from the voices of social movements across the Old Continent. Every episode features a reportage and interviews with experts

The Sound of Economics

A podcast by Bruegel – EN

The Sound of Economics brings you insights, debates, and research-based discussions on economic policy in Europe and beyond. The podcast is produced by Bruegel, an independent and non-doctrinal think tank based in Brussels. It seeks to contribute to European and global economic policy-making through open, fact-based and policy-relevant research, analysis and debate.

Talk Eastern Europe is a podcast affiliated with the New Eastern Europe journal. Adam Reichardt and Maciek Makulski bring information about politics, societies, culture, and history of Central and Eastern Europe. In each episode they feature a discussion with guest speakers about ongoing issues in the countries of the region, trying also to place them in the broader global context.

A podcast by the European Council of Foreign Relations - EN

The weekly ECFR World in 30 minutes podcast series is organized by director Mark Leonard and features high-level speakers from across the EU and beyond to debate and discuss Europe's role in the world. Voted "Best EU Policy Podcast" by PolicyLab in 2019, the series has some 250 episodes since 2015 and has attracted thousands of subscribers, with an average of 3,000 weekly listeners.

A podcast by the Green European Journal - EN

Green Wave Podcast showcases some of the best articles from the Green European Journal - Europe's leading political ecology magazine offering green & progressive ideas and analysis. For the text version of the articles and printed editions, go to greeneuropeanjournal.eu, or follow GEJ on Facebook, Twitter, and Instagram at @GreenEUJournal

A podcast by the Institute of European Democrats, produced by Bulle Media FR / EN

How can democratic institutions and a democratic consensus help Europe to answer the new global challenges? Learn more about European and International Affairs by following the new Podcast of the Institute of European Democrats, a think tank and political foundation funded by the European Parliament. Find this podcast and all our activities on our website https://www.iedonline.eu/.

A podcast by Cafébabel - FR

The “Peace Process Babies” are a generation of Northern Irish people stuck between the hangover of the “Troubles” (from the 1960s to the 1990s) and the imminent spectre of the Brexit. Morgane Lincy Fercot and Hélène Seynaeve went to Northern Ireland two weeks prior to the United Kingdom leaving the European Union. A narrative podcast series by Cafébabel.

Skin in the Game

A podcast by EFANET - EN

Skin is the Game is a podcast series about the life experience, problems, and dreams of patients and carers affected by atopic eczema. Still relatively unknown, atopic eczema is a chronic skin disease that affects 1 in 5 children in Europe. This podcast series is developed by EFA, the voice of over 200 million people with allergies and airways diseases in Europe.

EuroPod is on Bulle Media, Toute L'Europe, and on major platforms (Spotify and iTunes).

Categories
The media and freedom of information