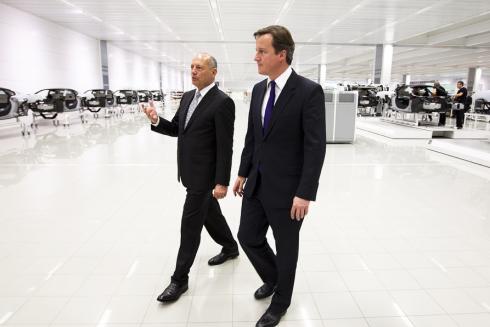 Britain standing outside Europe is a failure for the EU more than it is for Britain, says Jason Walsh.

The British government has undoubtedly taken a tentative step away from the EU, but in doing so it has accidentally stood up for democracy — not that you’d know this from reading the papers or listening to frustrated European politicians. The European press, and the liberal side of the British press for that matter, has been quick to slap down British prime minister David Cameron. OK, the Independent’s front page splash ‘Europe leaves Britain’ was pretty funny, but is it really true?

Labour party politician Lord Mandelson, no stranger to technocracy, complained that Mr Cameron chose to buy off his “party critics by endorsing the necessary integration but without the United Kingdom having a seat at the table.” Mr Mandelson is quite correct about this, but his understandable focus on how Europe will now treat Britain misses the bigger picture.

Let’s look at the facts: opposition to the direction the EU has been heading in is not the preserve of hard-right eurosceptics in the British Conservative party. France and the Netherlands rejected the proposed EU constitution in 2004 — right in the middle of the eurozone’s good times. Next up, Ireland vetoed the Lisbon treaty in a 2008 referendum, only to pass it a year later when the electorate was frogmarched back to the polls.

Does this indicate a seething, swivel-eyed anti-European sentiment? Not at all. What it does indicate, however, is a legitimate concern that the EU is paying no attention to what the people want.

Growing anti-German sentiment is not exactly hard to see — and it’s not without basis. Granted, blather about “Fourth Reichs” is not only deeply unhelpful, it is also entirely wrong. In the post-war era Germany became a master of subordinating its sovereignty to international institutions in order to further its national economic interests. The end result of the current process isn’t the resurgent Germany that lives in the fevered dreams of Tory-voting retired colonels in the Home Counties (or at least in lefties’ imaginations of such people), so much as it is as a distinctive new EU order. This on its own is no bad thing. A new, closer EU could easily be argued for, but only if it is sufficiently democratic and there is no sign that this is on the cards. Rather we are witnessing the formalisation of the subordination of national interests to German, and to a lesser degree French, business interests.

Some on the left have had kind words to say about German capitalism versus Anglo-American capitalism and it is certainly true that German industry is a marvel. Nonetheless, such a blasé zero-sum comparison ignores the fact that Germany has suppressed wages in the past decade and supposes that all German workers are employed by the likes of BASF and BMW, ignoring the likes of Lidl and Aldi. Moreover, anyone who thinks the imposition of a “German model” means Greek industrial capacity will boom is sorely mistaken.

What we are going to get, assuming it actually happens, is quite the opposite. What last week’s summit proposed was that sovereign governments of the European Union should submit their finances and policies for approval before a panel of unelected bureaucrats. This is no more a strategy for industrial and economic growth than it is a flowering of democracy.

James Heartfield, researcher at London’s Queen Mary University, makes an excellent point when he says that Europe’s key failing, exposed by last week’s summit, is that it is anti-political in nature.

“Overall it shows that Europe can’t do politics because they’ve reduced all politics to questions of procedure,” he said.

In this the EU reflects many contemporary trends. Consider some recent bugbears, many of which I have aired here in PressEurop: the financialisation of the economy, the shallowness of banker-bashing, continual avoidance of public votes, to the Occupy movement being obsessed with process at the expense of politics. A diverse range of complaints, to be sure, but the underlying issue in all of them is a move away from political confrontation toward sub-issues and questions of procedure.

Politics is hard. It amounts to an argument and often you lose. But that is no reason to give up and try to bypass it with technical procedures. In rejecting this, even if his reasons for doing so were questionable, Mr Cameron has struck a blow for politics.

Desperate to keep its single biggest trading partner on the euro train, the Irish government has said it will make a major diplomatic effort to bring Britain back to the EU table. But Ireland isn’t exactly playing a democratic role in this affair. The country’s budgets are now set within parameters set down by the EU-ECB-IMF troika and the country’s independence has been reduced to trying to hold on to its low rate of corporation tax, which has become a political third rail in the absence of a real industrial policy. Moreover, despite a 1987 Irish Supreme Court decison saying any constitutional changes must be put to a referendum, the Irish government will do anything it can to avoid having to go the polls.

Just prior to the summit, New York based economic commentator Doug Henwood, author of “After the New Economy“, stuck an interesting note, telling me the EU would do nothing to resolve the crisis in the eurozone.

“All these summits are empty showmanship. As they end, they just recycle the previous press release. No one wants to admit that Greece and other debtors can’t pay, and some kind of debt restructuring is necessary as part of a long-term recovery and growth strategy. But as long as the German sadomonetarists are in charge, that’s not going to happen,” he said.

Strong words, but not wrong. Since then we have seen precisely what Mr Henwood predicted occur.

Tory truculence has precipitated a crisis for the EU that should not simply be dismissed as Britain losing out. What is really interesting is that this latest round of EU negotiations, no different in form to any that went before, was the straw that finally broke Cameron’s back. One doesn’t have to be a fan of Mr Cameron or his party to see that a return to national governments making decisions brings power closer to the people.