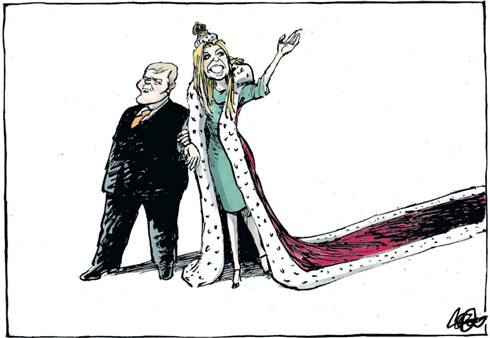 During a brief televised address, on January 28, Queen Beatrix announced that she is to abdicate, leaving her son Willem-Alexander, 45, to succeed her on April 30. His wife, the very media friendly Máxima Zorreguieta, will therefore be made ​​queen of The Netherlands. It should be noted that husbands of queens are only bestowed the title “prince”.

Daughter of Jorge Zorreguieta, a former Argentine Minister of Agriculture during the military dictatorship (1982-1983) and himself part of a criminal investigation into his role in the disappearance of political opponents, Máxima has announced that her family will not attend her husband’s investiture, which, notes Trouw will avoid “a lot of political hassle for Prime Minister Mark Rutte.”