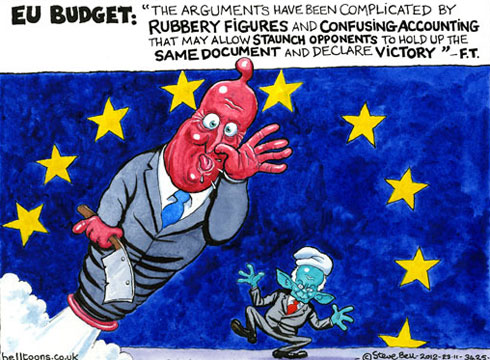 The extraordinary European Council on the EU budget for the years 2014-2020ended in failure on 23 November. The EU27 failed to reach an agreement. The sticking points were the Common Agricultural Policy and EU Structural Funds.

One of the most intransigent states was the United Kingdom, which is seeking to keep its rebate on its contribution to the EU budget. In an attempt to facilitate an agreement to satisfy everyone, Herman Van Rompuy, President of the European Council, had prepared an extremely complex draft.