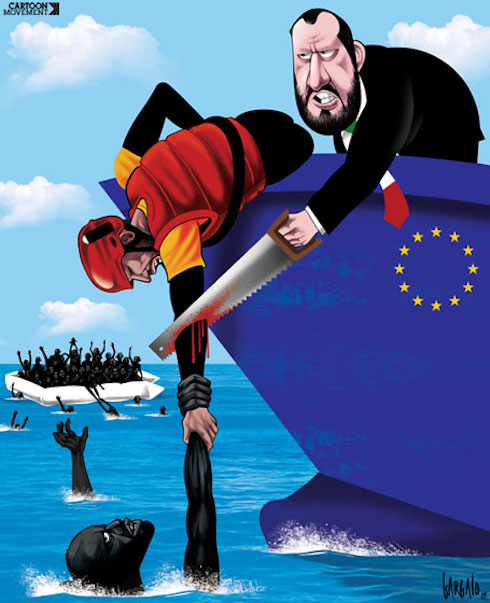 While the UN celebrates World Refugee Day on 20 June, Italy is refusing the rescue ship Sea Watch 3 to disembark the 43 migrants who were rescued on 12 June off the coast of Libya, along with 10 others who later landed on the island of Lampedusa. Far-right Italian Interior minister Matteo Salvini signed a ban on the same day on the entry, transit and berthing of Sea Watch 3 in Italian territorial waters, as provided for by his new Security Decree.

The decree would also force non-governmental organizations to pay between €10,000 and €50,000 for transporting rescued migrants to Italian ports, while rescuers who repeatedly dock without authorization risk having their vessel permanently impounded. The fines would be payable by the captain, the operator and the owner of the rescue ship. More than 12,000 people have died since 2014 trying to flee Libya to Europe by what the UN refugee agency calls the "world's deadliest sea crossing".