Cartoon After the general election in the UK 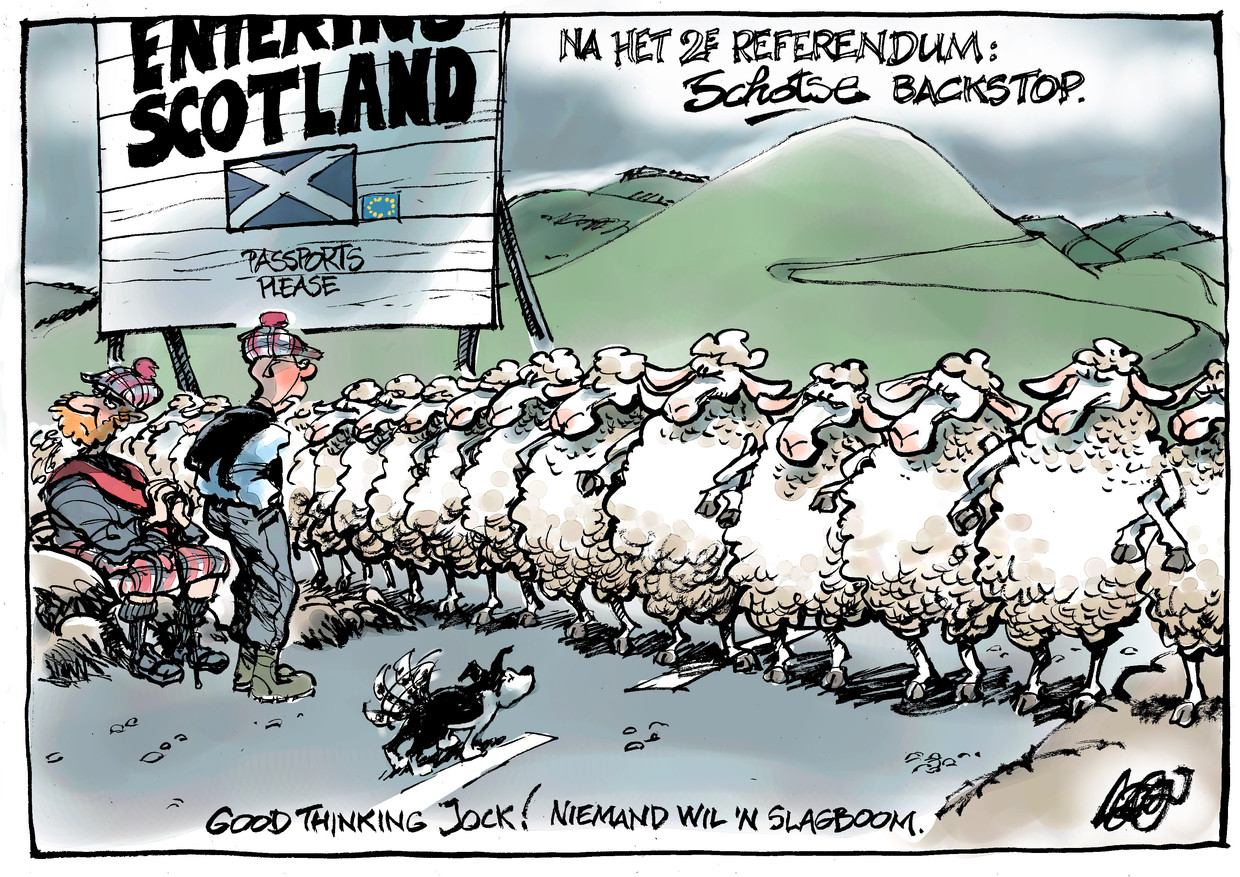 Cartoon After the general election in the UK

After the 2nd referendum: the Scottish backstop.

Good idea, Jock! No one wants a hard border.

The Conservatives won 364 of the Commons' 650 seats in the 12 December snap polls. Prime Minister Boris Johnson should now have the free rein to carry out the Brexit he promised to deliver on 31 January.

Scottish first minister Nicola Sturgeon has meanwhile announced her intention to hold a new referendum on Scottish independence, after her party, which is opposed to Brexit, won 80 percent of the 59 seats Scotland holds in Westminster.