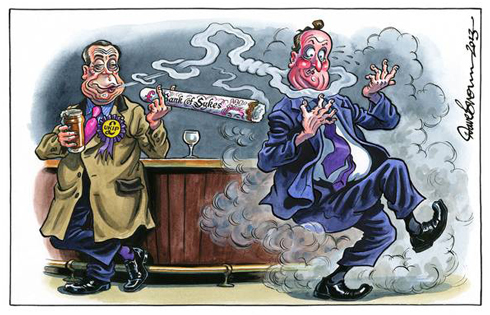 Smoking out the PM!

British billionaire Paul Sykes has promised to do “whatever it takes” to ensure that the eurosceptic UK Independence Party (UKIP) led by Nigel Farage tops the poll in European elections next May, reports The Daily Telegraph.
A long-standing funder of the Conservative Party, Skyes has now become Prime Minister David Cameron’s “worst nightmare”. The billionaire told the daily that he had “donated around £6 million to campaigns designed to keep Britain from the clutches of Europe.”