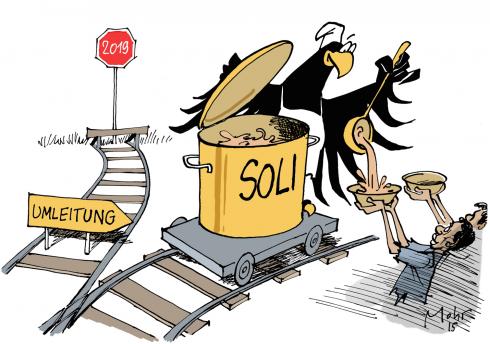 The German government agreed on 7 September to spend an extra €6bn to cover the cost of the expected record influx of refugees this year – at least 800,000 people. More than 100,000 were registered in August alone.

Deutsche Welle reports that "the planned measures could cost up to ten billion euros" until 2019. Angela Merkel also asked the 28 EU nations to grant a "special effort" to help asylum seekers and vowed to maintain beyond 2019 the "Solidarity tax" (Soli) introduced in 1991 on the wake of the German reunification.