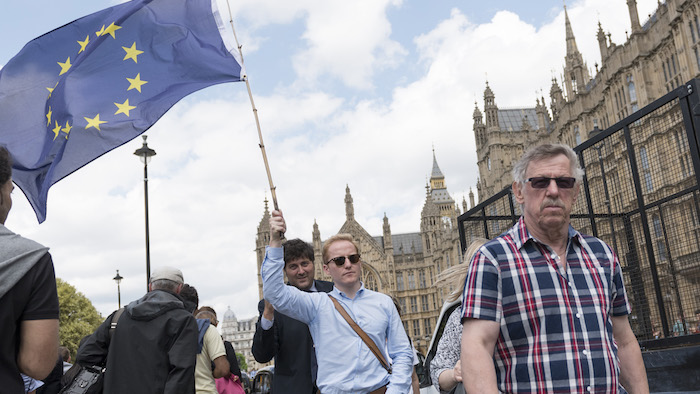 Take a dare on Europe!

Presidential election in France, general election in the Netherlands and in Germany: 2017 is a crucial year for Europe. Thus, and to counter the populist wave that's threatening to wipe them out, candidates should seize the opportunity to stand up for their ideas on Europe's future.

In 2017 we will see national elections in countries across Europe. Notably France and Germany will choose their future heads of state and of government. In light of these upcoming election campaigns, we urge candidates to put forward their proposals concerning the future of Europe, in particular the future of the Eurozone and Schengen Area.

For the main topics of national elections are too tightly bound up in European cooperation for it to remain in the background.

For instance, it is no longer credible to consider shaping major economic or social policies without addressing the question of Europe.

It is futile to consider maintaining peace and security, or resolving the major geopolitical and migration challenges of our time, without discussing Europe.

Similarly, it is unrealistic to consider fighting climate change efficiently and protecting the environment without support from a united Europe.

Last but not least, it is inconceivable to construct our future democracy without choosing between, on one hand, a return to independent nations similar to the 1930s or, on the other hand, purposefully striding towards a federal European entity that is directly connected to its citizens.

Let us dare to construct Europe! Or else, let us abandon this utopia altogether and leave. Besides these two opposites, there is no solid middle-ground.

Europe is currently dysfunctional because it is an unfinished project. But this does not necessarily mean Europe is doomed to remain so, quite the contrary! While intergovernmental approaches used so far have reached their limits, the potential good from a federal Europe remains enormous and mostly untapped.

In an unavoidably globalising world, we are witnessing a wave of populism and the relative powerlessness of national politics through Europe. This phenomenon is linked to the lack of coherence, transparency and prospects concerning Europe.
We now find ourselves at a tipping point where we must put an end to this, and to the adverse consequences it has brought.

We thus urge candidate leaders to fully address this topic during the public debates leading up to the elections.

Your fellow citizens need to hear your future-looking proposals debated, as we must decide together which way to go concerning a central aspect of our lives: Europe.