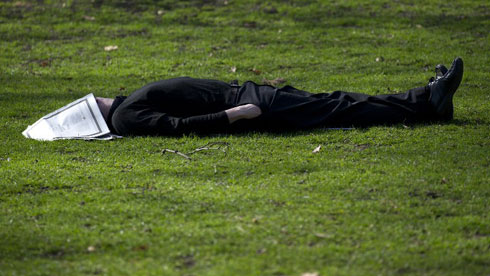 Lord Justice Leveson’s much-anticipated report into British press standards was published yesterday and provided a damning indictment of media ethics. As a result of the scandal, which erupted over illegal interception of telephone calls, a host of journalists including two former News of the World editors, face criminal charges including bribery.

The 2,000-page document described an industry in which corruption and harassment – bordering on persecution – was commonplace, and concluded by recommending a new independent regulator, backed by legislation. Newspapers spoke with one voice, backing the need for reform but rejecting his legal framework to underpin the system, which they felt would undermine the freedom of the press to hold the powerful to account.

According to Philip Stephens in theFinancial Times –

“Lord Justice Leveson has tried to map a path by suggesting that a new system of regulation – independent of government and parliament – should be underpinned by legislation. This is not, as Mr Murdoch and his chums would have it, state regulation. The basic judgment here is right. But Lord Justice Leveson should have gone further in offering protections for the media when it is doing its proper job of holding to account those in positions of authority and influence.

The Daily Telegraph’s leader echoed the criticism of the idea of a legally backed regulator, saying –

It would be wrong to use bad behaviour by the minority as an excuse to introduce the first press statute since censorship laws were abolished in 1695. Whatever the judge hopes, this would be a slippery slope to state meddling. There are many good ideas put forward in the report – for instance, the proposal of cheap, effective arbitration to help victims get swift redress to their complaints – and these should form the basis of the new press regulation.

While The Sun, sister title of Rupert Murdoch’s News of the World, which was shut in the wake of the phone hacking scandal, added –

Change had to come. Indeed, it already has. The Sun has acknowledged past mistakes by changing its culture and improving corporate governance... But we are deeply alarmed by his main proposal for new legislation that could bring in State control of newspapers. How “independent” would a regulatory body be if it had to answer to MPs? Such a law could allow State officials to walk into papers like The Sun and censor stories... From being an admired beacon of democracy, Britain will become a repressive symbol of secrecy... Anger and the desire for revenge are not a basis on which to destroy 300 years of Press freedom.

Categories
Politics and democracySocietyThe media and freedom of informationUnited Kingdom