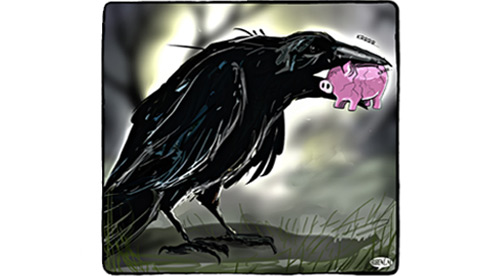 Tax havens are killing our democracies

A major investigation of leaked data undertaken by several newspapers including Le Monde has highlighted the vast international scale of offshore banking. For the French daily’s editorial director, it should be viewed as a warning that our political systems are under threat.

The global financial convulsion of 2007-2008 was followed by the resounding announcement of new priorities: international finance was to be better regulated and there was to be no mercy in the fight against tax havens. In short, we were to put an end to the black holes in a system that was wide open to abuse — at least if the very virtuous conclusions of the G20 held in London were to be believed.

The states represented at this exclusive meeting promised “measures against tax havens” that were to be backed by the threat of sanctions, and hurriedly proclaimed that “the era of banking secrecy was over.” In the wake of the crisis that has recently rocked Cyprus, the offshore banking centre of choice for Russian oligarchs and other shady business operators, here in France, we have been plunged into the whirlwind over the Cahuzac affair. The scandal has called into question the observance by politicians – and in particular high-ranking politicians – of basic standards of probity and transparency.

On occasion, the world of current affairs is marked by surprising connections. But to set the record straight: the series of reports on the shadowy international world of tax havens and their many and varied beneficiaries, which Le Monde, in partnership with the The Guardian, Süddeutsche Zeitung, Le Soir and the The Washington Post], has begun to publish today, was not prompted by recent chaos in Nicosia or the tangled affairs of Mr Cahuzac.

This investigation, which has been underway for months, was launched when an international consortium of journalists gained unprecedented access to a gigantic database that reveals many secrets of offshore banking. Some 2.5m records were studied, compared, and cross-checked. The result is an extraordinary portrait of the dense web of relationships that exists in the shady world of unregulated finance. In this mass of documents, two French banks are mentioned. So too is the co-treasurer of François Hollande’s 2012 campaign, Jean-Jacques Augier, who claims he did nothing illegal when he set up an offshore company for a Chinese business partner.

Revelations of individual cases, no matter how fascinating they are, should not be allowed to distract attention from the underlying problem: tax havens are a threat to democracy. They undermine the rule of law through their systematic use of secrecy.

They are an absolute godsend to all kinds of fraudsters, and they promote the embezzlement of public funds in states undermined by misappropriation and corruption. In this world of apparently unlimited legal creativity, colossal sums are concealed inside shell companies, where rich individuals have stashed the equivalent of the combined GDP of the United States and Japan.

In the light of this investigation, no one will be able to claim that politicians have decided to practise what they preach and have given themselves the means to take action. There is urgent need for reinforced regulations, supervisory mechanisms, and cross border cooperation, without which it will be impossible to make any headway in the fight against money laundering. And western banks that specialise in the creation of opaque structures will have to provide clear answers to the questions posed by these revelations. All the more, if, in a time of crisis, they want any credence to given to the claim that their business is governed by an “ethical” code of conduct.