Ideas Enlargement
The bridge over the Danube river between Romania and Bulgaria. 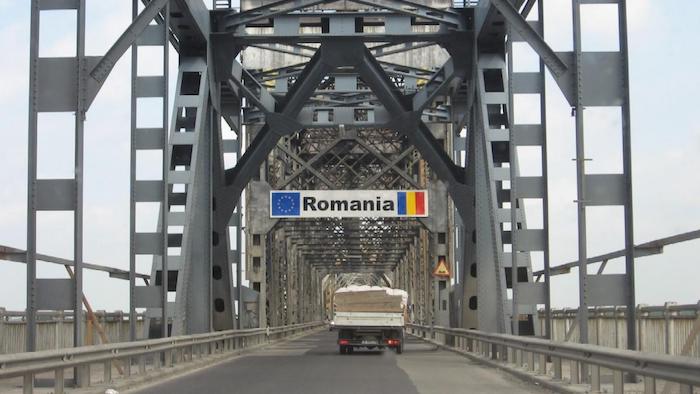 Ten years ago, Romania and Bulgaria entered the European Union. A lot of progress has been made with integration, though there's a lot left to do, but on the whole, observes the director of RFI Romania, the balance is broadly positive.

The bridge over the Danube river between Romania and Bulgaria.

Exactly ten years ago, Romania and Bulgaria were enjoying their first days as EU member states. Citizens of both countries began crossing borders with nothing but their identity cards, economic growth was solid and news about financial crises seemed like distant echoes from overseas. Political leaders frenetically calculated how many euros were going to arrive. And on the horizon no clouds were to be seen. Today, however, can we really say that the accession of Romania and Bulgaria to the EU has been a success?

Besides that, in Bulgaria the rate of poverty has sunk from 60 percent in 2006 to the current 41 percent. In Romania too the drop is noteworthy, from 47 to 37 percent. In the seven financial years between 2007 – 2013, Bucharest has received 20 billion euro, while Sofia has received seven billion. Economic success and reduction in poverty have, however, been accompanied by an exodus of the work-force. According to Novinte, in 2015 there were two and a half million Bulgarians working abroad. About three million Romanians are working in other EU countries.

We should also note that developments in recent years haven't touched all regions of these two countries equally. Bulgaria has built a large motorway to link the capital with the port of Burgas on the Black Sea, they're modernising the border with Greece, and new metro lines and stations are being built, as well as a ten-lane ring-road. The business and commercial centres have grown enormously in Sofia, as in Bucharest. With a GDP per capita at 125 percent of the European average, the Romanian capital leads the region. In the same way, the other large Romanian cities, like Cluj-Napoca, Timisoara and Iasi, grow at a startling rate, thanks to foreign investment and technology. And yet, five of Romania's eight “development regions” are among the twenty most poor in the EU. The situation is identical in Bulgaria.

Both countries entered the EU under the glare of a mechanism of cooperation and verification, which checks on the progress made in the struggle against corruption. This has so far prevented an important form of integration: Romania and Bulgaria aren't yet part of the Schengen Area. Bulgaria certainly has reasons to be envious of the progress made on the other side of the Danube in matters of judicial independence and the fight against corruption. Nevertheless, during the electoral campaign last December, various members of the parties currently in power in Romania (the social democrats of the PSD, and the liberals of ALDE) made it clear that they wanted a change in direction. And all of a sudden the Romanian judicial system finds itself facing new difficulties.

Has the accession, then, been a success? Not exactly, if you think of what the most poor may have expected, or what the European bureaucrats may have imagined. But things appear differently if you look at them in the regional context. Romania and Bulgaria have been hit hard by the crisis, and what's more, against a background of high tension, if you think of what's happening in Turkey, Ukraine and the Middle East. Yet they remain liberal democracies, with societies among the most europtimistic in the Union.

Economically, socially, and with regard to the development of democracy, Romania and Bulgaria have outpaced the countries that have not entered the EU. From this point of view, their accession has been a success, of which Brussels can be proud.

In Bucharest and many other Romanian cities, hundreds of thousands of people have taken to the streets since the start of February to protest the decree with which, on the night of the 31st of January, the government decriminalised crimes of corruption that cost the state less than 44,000 euro. The demonstrators accuse the social-democratic government of wanting to absolve corrupt politicians, starting with the head of the party, Liviu Dragnea. On the 5th of February the Prime Minister Sorin Grindeanu announced he was scrapping the decree and proposed an additional law to settle the issue. The endemic corruption in Romania and in Bulgaria is the European commission's main justification for the exclusion of the two countries from the Schengen area.