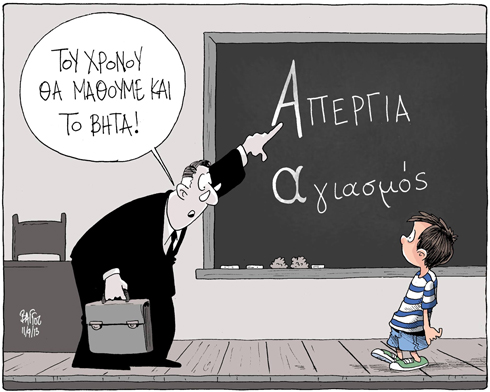 Teacher: “And next year we will learn the letter B”

Greek teachers are concerned at the programme of redundancies introduced by the government at the demand of the troika of international lenders, which will see some 12,500 civil servants – including teachers – laid off and transferred over the course of the next two years.

A total of 6,000 teachers held a protest in Syntagma Square on September 10. Teachers’ unions have announced they are hold a five-day strike starting on September 16 in protest at the cuts. Private school teachers will join the walkout for 48 hours.