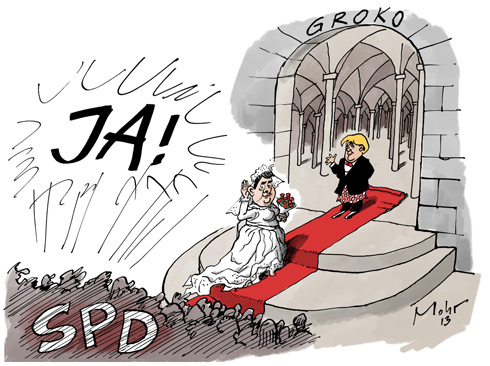 After 76 per cent of the members of the Social Democratic Party (SPD) voted in favour of the "Grosse Koalition" with the CDU / CSU, the new government led by Angela Merkel can finally begin its work. SPD leader Sigmar Gabriel now becomes Vice-Chancellor and minister of economy and energy.

But the biggest surprise was the appointment of Ursula von der Leyen to the post of defence minister, the first time a woman has held the position. "With five ministers and three secretaries of state, German politics is in the midst of a feminisation, primarily due to the fact that Germany has been governed by a woman since 2005," says Die Welt.