Data Towards Brexit | Deal or no deal? 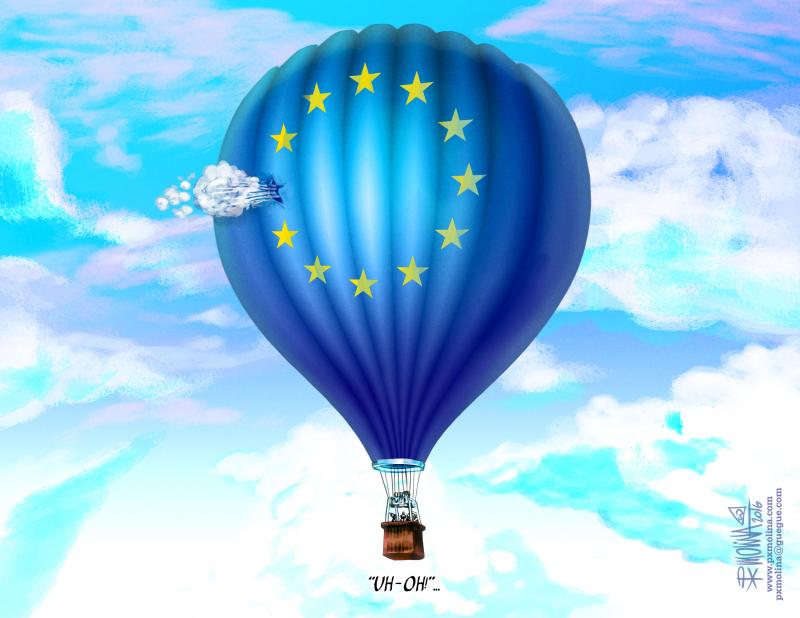 Data Towards Brexit | Deal or no deal?

With two months to go before the end of the transition period, the Brexit negotiations between London and Brussels are stuck. In this interview Aurélien Antoine, professor of public law at the University of Saint-Etienne, director of the Brexit Observatory, explains what is at stake in the coming weeks.

Alternatives Economiques: The main points of tension inherent in Brexit, namely the free movement of people across the Channel and avoiding a border between the two Irelands, were resolved in the withdrawal agreement adopted in extremis a year ago. The transition period, which runs till the end of December, was supposed to settle everything else. So, what is still stuck?

Aurélien Antoine: Mainly three issues. First, the two sides are unable to agree on the terms of fair competition. The British government still considers that the EU is not giving it enough leeway to restore the UK's sovereignty. For example, the UK will be unable to determine its own legal regime for state aid.

The UK is calling for an agreement on the model of the EU-Canada Ceta accord, which provides for some regulatory cooperation and thus entails a fairly close relationship between the two parties. Except that the British are calling for more privileged access than Canada to the European internal market – with zero customs duties in particular. But Brussels feels entitled to refuse this if London does not agree to far-reaching regulatory alignment through harmonised health, environmental and workplace standards.

Conversely, the EU considers that it can keep the UK in its orbit because of the UK’s status as a former member state, and impose a stronger regulatory alignment on it than on other partner countries. However, in the mind of Boris Johnson, and especially of his special adviser Dominic Cummings, the free trade "Global Britain" that they want to build is a state like any other, without any special links to the European Union. Given the different framing of the issue on either side of the Channel, the two sides are finding it hard to engage in a constructive dialogue.

The second sticking point, where the EU has more to lose than the UK, is fisheries. London, which is seeking to regain control of its territorial waters, recently reached an agreement with Norway that gives each side access to the other's fishing zones and sets quotas that will be reviewed annually. It advocates such an agreement with Europe, which Brussels refuses.

The last point of tension relates to governance issues, particularly the role of the EU Court of Justice in interpreting the future agreement and the fine detail of regulatory alignment. The EU wants the Court's decisions to be binding on London, while the UK rules out any interference by the Court that could restrict its sovereignty.

The ongoing adoption by the British parliament of an "internal market" law, introduced in mid-September, seems to have shattered the trust between the two parties. What exactly does the law consist of?

This law is intended to leave the new Northern Ireland trade regime to the discretion of the UK alone. It is a breach of the withdrawal agreement concluded last year between the two parties. In this the two sides had found, after long months of stalemate, an alternative solution to avoid the return of a border between Northern Ireland and the Republic of Ireland.

The bill, which allows the British government to unilaterally regulate trade into Northern Ireland, violates the Protocol on Ireland annexed to the withdrawal treaty. This text provides for joint governance on the issue, with the EU. This direct violation of international law has clearly poisoned relations with the EU, which sees respect for the law and good faith as fundamental.

Other than fisheries are there other sectors that crystallise tensions, such as finance, for example?

French fishermen have more to lose than those of any other European country, which is why this question has more resonance here in France. Conversely, tensions over the financial sector are waning. This is because, little by little, a cooperative arrangement is being worked out between the City and the European financial hubs. For the financial sector this might enable Brexit to be overcome in the medium term.

It also seems to me that the non-physical nature of capital makes the financial sector less vulnerable than, for example, industries whose manufacturing process involves parts from both sides of the Channel.

Whose interest is it in for the transition period to end without an agreement?

In the short term, the impact of a "no deal" is negative for the UK. But who knows what it will look like in fifteen years' time? The British government, which admittedly has a rather utopian vision of Brexit, is counting on a difficult first few years. But it aims to reach a better situation than in the EU in the long term, thanks in particular to new links with the United States or the Pacific area. What if this strategy worked? It is impossible to know today.

For Europe, it is quite the opposite. Given the size of its internal market, it has less to lose in the short term, even though there will be major changes in certain sectors. But in the medium and long term, if the UK's solitary adventure succeeds, Brexit could act as a political time bomb, giving ideas to the less Europhile member states.

After a period of complete deadlock, the UK has agreed to resume talks. Who is in the strongest position?

If the UK really wanted to maintain a close relationship with the European Union, it could have already given in on a number of standards to allow fairer competition. We see that this is absolutely not the case.

The EU, for its part, has already partially given in on the issue of the safety net between the two Irelands, so as to preserve the Good Friday peace agreements. So now it does not want to give the impression that it is giving in, even in part, to British demands. Except that, as the EU was built on the foundations of a huge internal market, Brussels finds it hard to accept giving up the British market. Despite its ostensibly firm line, the Union is facing a dilemma from which it will emerge weakened.

In response to the bad faith shown by the British government with its Internal Market Bill, the EU should perhaps explicitly accept the risk of a "no deal". This is obviously not desirable from an economic point of view, but what can the EU do when faced with a partner that does not respect its commitments?

For now, many in the EU continue to be obsessed that there must not be a competitor on their doorstep which will become, as the saying goes, "Singapore-on-Thames". Yet we already tolerate tax havens within the EU. In these circumstances how can we ask a third country to be more demanding than we are with certain member states?

Is it still possible for an agreement to be found and to come into force by 1 January 2021?

This prospect is gradually fading due to a number of procedural requirements which must be met. On the British side legislation would be needed, to transpose the agreement into national law. Things could move fairly quickly because the withdrawal agreement does not grant a substantial role to Parliament. So the matter might be settled within a fortnight.

On the European side it would take much longer. The Council and the Parliament must give their assent, which in theory can take time. Then the text would have to be ratified by all the member states according to their constitutional arrangements, which may contain accelerated procedures. That would take several weeks, not forgetting possible appeals to the Court of Justice. In my opinion, it is thus still possible to keep talking until mid-November. At that point we will have to start worrying.

If the two sides were still at an impasse on that date, it is possible to imagine different legal solutions.  For instance, the early implementation of certain arrangements, or fixing a later entry into force for the benefit of certain sectors, which would amount to extending the transition period. The law provides a number of solutions, but it is unlikely that Boris Johnson will want to go into extra time.