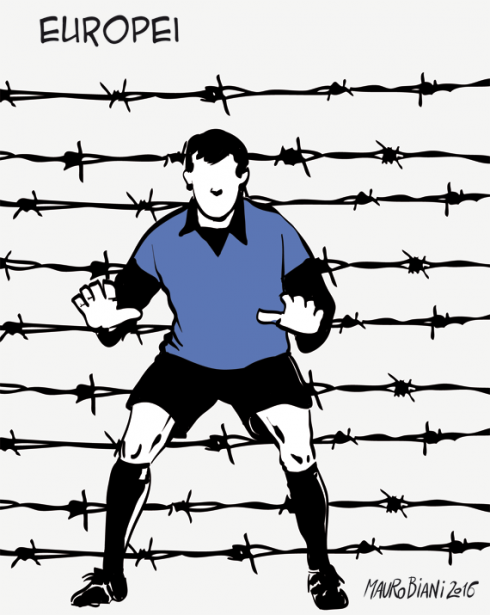 Euro 2016 started on 10 June in France. For a month, Europe will be looking to football rather than to the crises that are shaking it – with the exception of Britain, where the EU referendum is less than two weeks away.

Meanwhile migrants continue to risk their lives by coming to Europe by sea. Since the beginning of the year – and the closure of the "Turkish route" following the EU-Turkey resettlement agreement – over 200,000 migrants have entered Europe and almost 2,900 have died or went missing at sea.