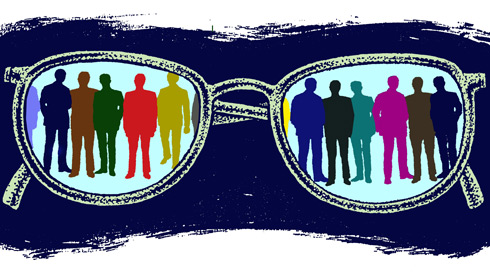 The happy Czechoslovakia that could have been

Twenty years ago, Czechoslovakia split in two new countries. If the Czech Republic and Slovakia had stayed together and transformed the impoverished former nation into a multi-ethnic country, both societies would be more democratic today, argues a dual-nationality columnist.

When someone in Hungary uses the word “csehszlovák”, everyone knows that what is being referred to is ugly and dysfunctional, whether it's a product or an activity. This contemptuous epithet, which entered the slang and survives to this day, comes from the era of socialist Czechoslovakia, when Hungarians considered my former homeland an embarrassment that churned out nothing but crap – from cars that were constantly breaking down and leaking tents, to poor services for tourists and its very own dysfunctional nature as a state.

Actually, the Hungarians were right (even if they cannot be all that proud of their own country these days). Czechoslovakia was mostly an awkward, inefficient and undemocratic state, and even the decent 20 years it had after 1918 cannot do much about this fact. So why should I be sorry that it fell apart 20 years ago?

I wouldn’t, however, be sorry if this split had not shrunk the space for democracy, which had got off to quite a good start in the first two years after November 1989.

Looking out for your ‘interests’

But at that time two small states, whose godfathers turned into politicians with a dictatorial bent, were formed, their purpose became not democracy, but what came to be known as the Czech or Slovak “interest”. No one yet knows what that is exactly, but politicians frequently deploy the term to suppress the natural goal of state-building, which ought to be democracy.

If the former Czechoslovakia had survived, it would be impossible to hide behind the word “Czechoslovak interest”, because it would be clear to everyone that such a thing does not exist. The dispute over the democratic nature of the state, in which the nationalists would be clearly visible as those who view democracy as an obstacle, would be fully exposed. In the Czech Republic in particular, this distinction is sometimes very hard to make these days.

A national state based on an ethnic principle – and both our countries are based on it, although the Czech constitution, at least formally, attempts to weaken it – have a worse starting position for building a democracy than the states that make political nationality, not ethnic origin, the basis for citizenship. I am deeply convinced that if Czechoslovakia had stuck to the principle of one political Czechoslovak nation – though one made up of various nationalities – it would be more democratic than our two small states are today.

But that probably could not have succeeded. Czechoslovakia was a dictatorship for most of its existence, and faith in its democratic and federal future was too weak following 1989. And so, if the Hungarian language were to preserve the expression “csehüláll”, which is derived from the word “Czech” and has become the term for an idiotic situation, I would have to say we deserve it.

Not just because we are entering the new year, though, I believe that our small world, following the break-up of Czechoslovakia, still has a chance to be a better one, even if 20 years ago the two small states did not get off to the best start. In the end, when all is said and done, their godfathers are probably already finally headed into oblivion.