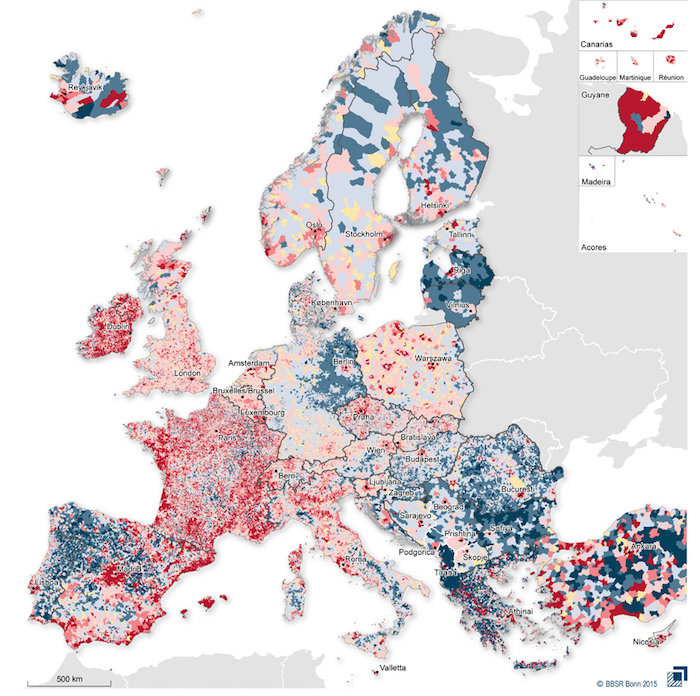 The map showing the evolution of European towns population

The data refer to 2001-2011 and are the most recent available. They were gathered and elaborated by researchers at the BBSR (Bundesinstitut für Bau-, Stadt- und Raumforschung), the German public organisation for land and geographic studies.

The European regions with the largest population growth are the British isles, France and Mediterranean Spain. Those where the population has decreased the most are the Balkans, the north-western Iberian peninsula and most of the countries around the Baltic sea. Trends can vary within the same country: for example, population grew fast in most of the main north-western European cities.