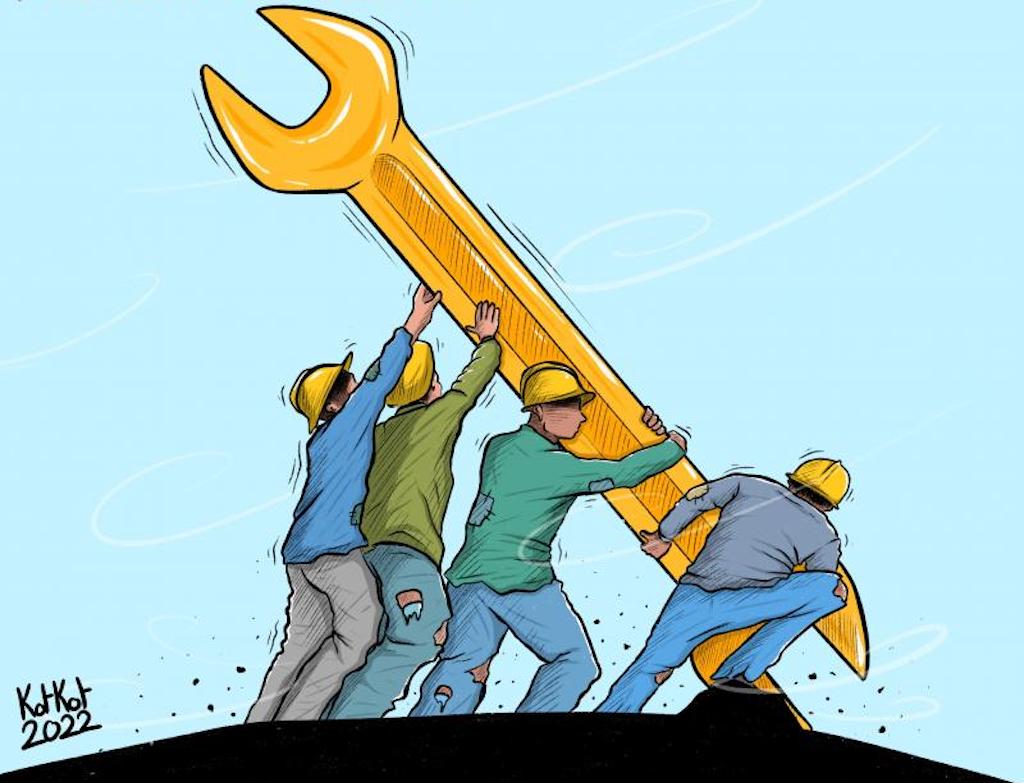 The path to equality – what can the trade unions (and the State) do?

There is mounting and increasingly robust evidence that inequality generates a vast array of negative social and economic consequences, and that trade unions, and the labour market, social, and industrial relations institutions over which they preside are positively associated with lower inequality.

Aside from the increasingly popular charts such as the ones below, suggesting a strong correlation between declining union membership (EPI), collective bargaining coverage (Uni Europa) and rising inequalities, in the US and Europe, there has been a sustained production of research ascertaining very clear and strong links between the presence, role, and relative power of trade unions in societies and inequality among wage earners , income inequality , reduced gender and ethnicity pay gaps, and even health inequalities.

These visibly strong links between trade union presence, strength and effectiveness of collective bargaining processes, and lower levels of inequality should not come as a surprise. After all, unions typically operate in the labour market, where ‘value is created and divided between the various gradations of wage-earners. It is there that the inequities which necessitate redistribution are set up’ (Wilkinson and Pickett).

Labour markets are also the place where important decisions about power and wealth distribution between capital and labour are ultimately taken. As noted by British economist Tony Atkinson, ‘it is capital that is relevant when we consider the macroeconomic distribution of income… One of the elements contributing to the reduction of inequality … was the rise in the share of wage income to national income. This has now been reversed: it is the share of profits that has risen in recent decades’.

But unions also operate in the realm of politics, and union decline has, according to American economist Joseph Stiglitz ‘created an imbalance of economic power and a political vacuum’. Unions had a strong influence on many of the post-World War 2 welfare and labour market reforms, from health and social security to job security and workplace democracy reforms, but this type of influence has visibly declined. Governments and even political parties on the left of the political spectrum, have sought to disengage themselves from the ‘influence’ of unions and, conversely, decline in trade unionism has been associated with ‘declining voter turnout across the bulk of OECD nations’.

So, there is little doubt that trade unions have done and can do a lot to reduce inequalities. The real question is: what is the state prepared to do in order to make the most of the egalitarian potential offered by trade union action?

In his seminal work Inequality – what can be done Tony Atkinson stigmatised ‘the role of law in distributing wealth’ especially ‘with regard to the legislation concerning trade unions’. Obviously a primary responsibility for states all over Europe (and for the EU itself) would be to take decisive action to remove the legal impediments, often generated by hostile anti-union legislation and policies in the first place, to trade union activity, organising, and bargaining.

But the law ought to be more ambitious than that. As posited by British law professor Keith Ewing in The State and Industrial relations the state should “intervene to ensure that the institutional structures are in place to facilitate trade-union involvement in the decision-making process, using the law or other forms of state apparatus in a positive sense where necessary, rather than merely to remove impediments to trade-union organisation”.

This would require a renewed emphasis to support trade unions and their activities in the workplace and in society, and to “promote the full development and utilisation” (to quote from ILO Convention 98) of collective bargaining mechanisms, in particular at sector or cross-industry level. Just as the liberal state has taken it upon itself to promote business activity and economic initiative, an egalitarian State should set for itself the fundamental duty to promote the functioning and the activities of trade unions, in order to ensure – as pointed out by the 1944 ILO Declaration of Philadelphia – “a just share of the fruits of progress to all”.

Time to explore what real equality should look like. Join ETUI and ETUC at their 3-days hybrid event (22-24 June) featuring more than 90 speakers including economist Thomas Piketty and commissioner Nicholas Schmit. Voxeurop is the media partner of the event.