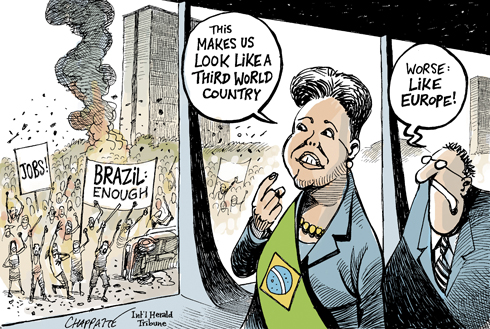 Over the last two weeks, the young demonstrators of the "Free Fare Movement" have rocked the powerful emerging country. Like their peers in Europe, the Brazilian protesters express the anger of a disillusioned young generation that is "traumatised by crisis and paralysed by fear of the future, which has no faith in politics," writes Libération.
For the French daily —

… notwithstanding the social and political realities that separate Brazil from France, Spain and Italy, the same distress is overwhelming young people in major countries throughout the western world.